pic: How we end a Friday at Chesapeake 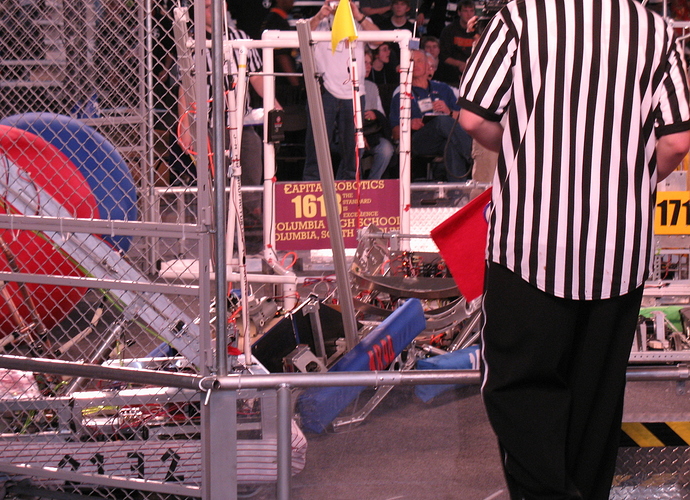 Looking at our opposition for Q56 at Chesapeake, it was clear to us that 1629 was the biggest threat on the other alliance. (Their partners, 1719 and 53, weren’t anything to sneeze at either, but neither could hurdle.) Around halfway through the match, we got between 1629 and their trackball (the other red trackball never left the overpass), and we shifted down to push them across the line to keep them from picking up the ball (and thus all but certainly scoring another hurdle). Somehow, they got under our partner 1894, which was pushed against 2132 which never moved during the match (and was e-stopped). The resulting logjam kept anybody on the track from progressing much further during the match. 53/1629/1719 won the match 30-12, but it was rather interesting to see the match action grind to a complete halt after a day of fast-paced gameplay.