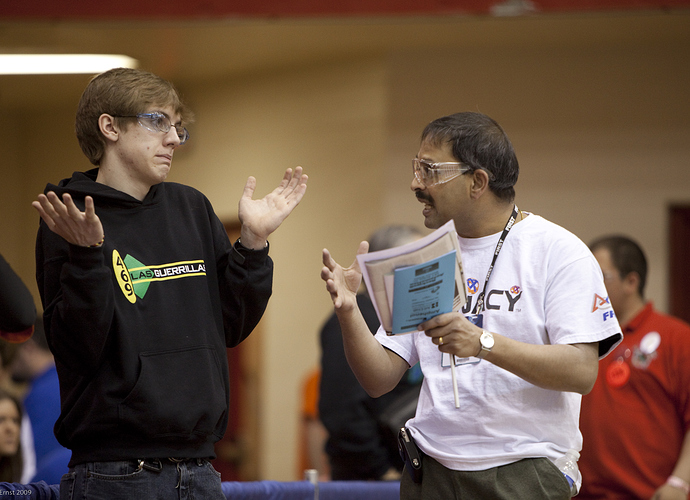 what do you mean?? You ate all the orbit balls??

Are those bumper legal?!?

What do you mean you left the robot at home!?

You forgot to put the breakers in?

Are those bumper legal?!?

(http://www.chiefdelphi.com/media/photos/20724; the bumpers in question are the ones visible under the goal. I understand they lifted up slightly on impact to transfer weight to 469’s robot. And no, they aren’t standard bumpers.)

“…What is the Airspeed Velocity of an Unladen Swallow?..”

and for those of you mathematically curious enough… I recommend the following link
http://www.style.org/unladenswallow/

WHO ATE THE LAST PIECE OF PIE???

Can you explain why there is a mini-van sitting in my CRATER!?!?!

“Did you ever figure out the whole fish thing?”

//Yes, I saw the explanation.