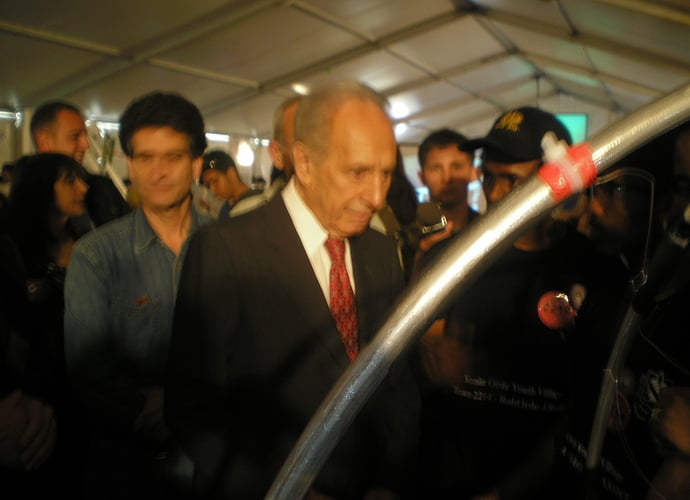 Holy cow! Who got the president of the country to come to the competition!? I think you win last year’s government recognition award… :yikes:

Pity Dubyah doesn’t do that for any of the US competitions. Awesome work guys!

The President, Shimon Peres, is a big supporter of FIRST. He was also at the regional last year (before he became President), and met with team 1574 earlier this year (pictures of both are on CD-Media). I believe, and please correct me if I’m wrong, that he also helped bring Microsoft in as a main sponsor of FIRST Israel this year. It is great that he is committed to promoting programs like FIRST…it’s just a shame that he doesn’t really have the power to make any substantial changes regarding funding for the program etc. (in Israel the President is more of a ceremonial figure while the Prime Minister is the actual head of government).

Just thought i should mention that in his visit to the Israel FRC Regional last year (2007) he was not the president. At that time he was the Vice Prime Minister (like the vice president in the states).

If this is in the pit area, why aren’t safety glasses being worn by everyone? Unless I read something wrong.

There is at least one guy in this picture (over Dean’s left shoulder) with a nifty pair of forehead protectors on :ahh:

I’ve been wearing forehead protectors all the time!

Dean Kamen mentioned coming halfway around the world from Israel to Hawaii. I’m sure it wasn’t a direct flight, even by him own means:ahh: . How many hours is that flight time. Whoa!

Hawaii is very close to the area which is the farthest away from Israel possible!
MAP

Hawaii is to the north-north-west from the lower point.