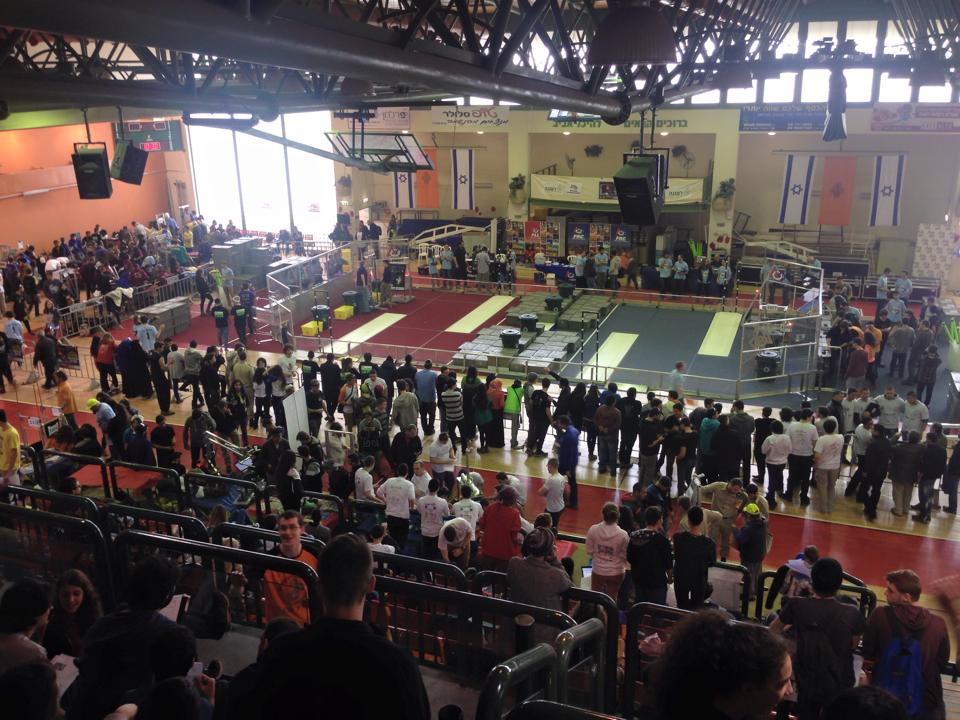 The FIRST Israel regional committee went above and beyond to help the Israeli teams get the most bang for their bot this year!

43 (I think) teams attended, and everyone got to D-Bug their robots and get some practice in before the regional.

A shout out to team 1657, who has a VERY cool and unconventional robot this year!

Israeli teams who qualify for champs have it tougher than most teams for one simple reason: most Israeli teams only attend a single regional before champs, as there is only one regional in Israel and flying a team and robot to a regional abroad is very expensive.
Having a professionally run scrimmage like Shakshouka is big boost for us!

This looks like a fantastic event! Congratulations to all who were involved with making it happen.

All the best to our Isreali teams this season!