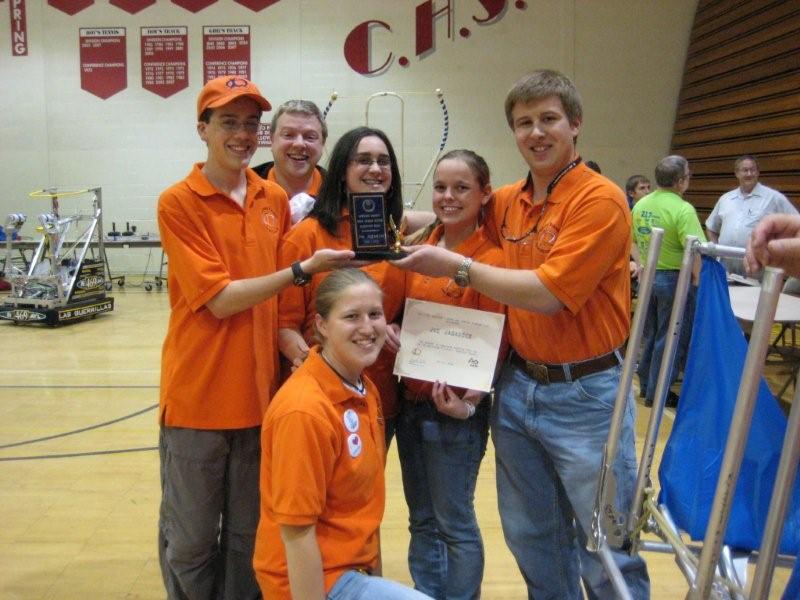 This year I was honored to receive the 2008 “Brian Graham Mentor Leadership Award” from the students on Lightning Robotics, it is the highest inner-team award a mentor can receive on 862. Its named after our greatest mentor known around here as “not2b”.