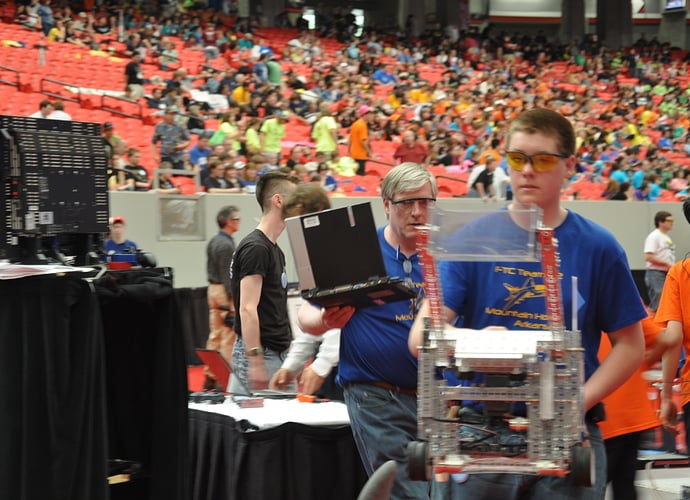 Several of these great young students on the Jr. Bomb Squad were on my FLL team. We went to World Festival in 2006 and 2007. This fine young man here in the picture is 9th grader Matthew Dunn. I remember standing in the lobby of the GWCC trying to console him when he was disappointed in his performance in 2007. He was about 2 feet shorter and he even let me hug him. I didn’t have anything useful to say, but he stuck with it and look at him now.

I have no adequate way to express what a precious honor it is to see these kids grow up and succeed. And I don’t judge success by their winning an FTC title (though that is certainly nice) but by the beauty of their character.

(My daughter has ordered me to stop crying and clapping over the amazing performance of our FTC team. But she didn’t say anything about posting…and she’s at school…so there)