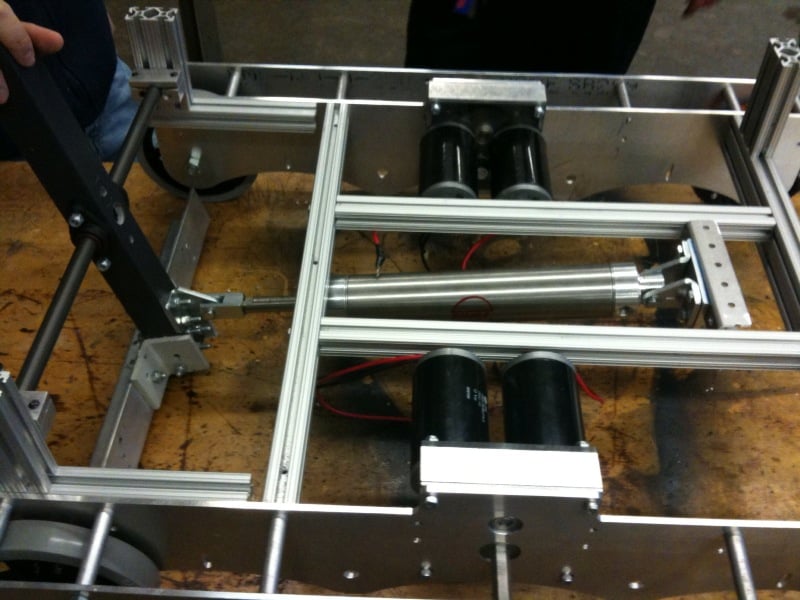 Detail shot of 2791’s pneumatic / hybrid kicker so far. Cylinder will be precharged at about the position it’s in right now for maximum power, released with a latch triggered by a small cylinder (not mounted in picture).

Bungee cord will probably be integrated with the kicker, so we can vent the pneumatic shooter and fire with just the bungee strength for a shorter shot.

Have you tried to go over the bump? We have a similar setup and bottom out on the bump with the kicker foot.

We’ve raised it about a quarter inch since this photo was taken. The pre charge position is in line with the wheel axles. I’d love to say that was intentional from the get go, but I’m not sure it was; adjustments were made to make it work.

It didn’t hit the bump as pictured, and the middle wheels are dropped, so it should work even better.