pic: JVN on Mars (or from Mars) 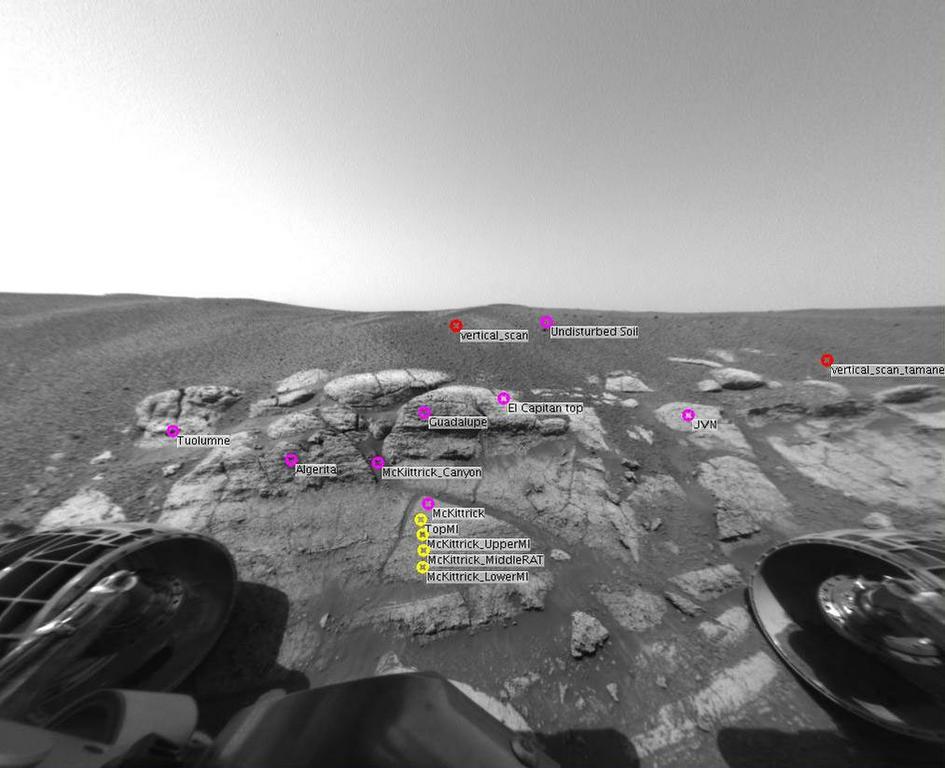 I was going through the Mars rovers’ website, that I found linked on Lavery’s webpage. I spent a fair amount of time on there, because I don’t own a television, and I rarely listen to the radio… so I hadn’t followed the missions much since… oh, takeoff.

Anyway, I was flipping through, and I BARELY caught this out of the corner of my eye. I can’t believe it.

I know NASA has some funky rules about naming stuff after individuals, hence why landmarks are ‘El Capitan’, ‘Independence’, etc. Maybe that’s why the initials are there?

those wheels are unusual! huh can’t figure out what they are!

It’s dusty, abrasive, distant, and extememely unpredictable - right Sgt. Schultz? Draw you own conclusions, but I haven’t seen a better fit since someone put peanut butter and jelly together.

i always knew JVN was a rock…and now it proves it!

It appears that the highest elevations of the JVN region are characterized by thick, bare rock, devoid of any and all types of covering. Fancy that…

Ohh that’s cute… make a JVN Mars rock. Hardy-har-har.
What did I ever do to deserve a Lavery practical joke?

Ohh that’s cute… make a JVN Mars rock. Hardy-har-har.
What did I ever do to deserve a Lavery practical joke?