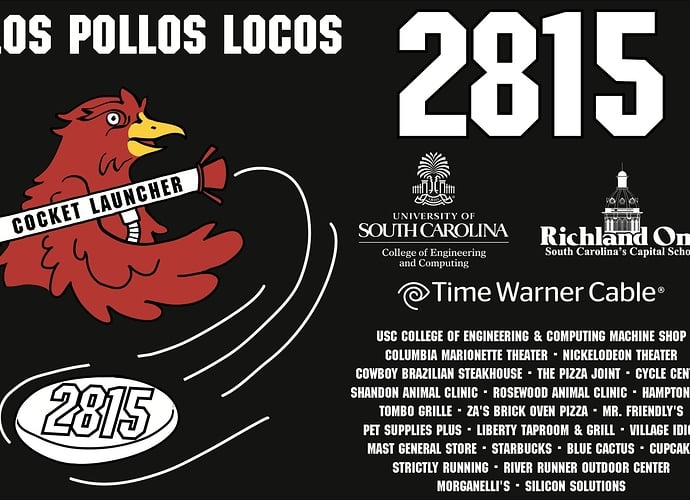 This is the front and back of our 2013 team T-shirts, plus the official unveil of this year’s robot name: Cocket Launcher.

I’m going to publicly brag on Wanda, our second-year student that drew the front of this shirt. Having had my hand in four previous team shirts across 1618 and 2815, I know I have some strong opinions on the matter–and so did several other members of the team. Even as things kept getting more and more heated, Wanda kept putting in work on her sketchbook and then translating it to digital on my iPad. When the screen flipped around, discussion was over. We are very lucky to have her.

(For those wondering: Wanda drew the design on paper, then we took a picture with my iPad and imported it into Adobe Ideas. She then traced and colored it there, and we exported a PDF from that app into Intaglio on my Mac for final tweaks, placement, and text. If you don’t have someone that’s strong with vector art, I can’t speak highly enough of this workflow.)