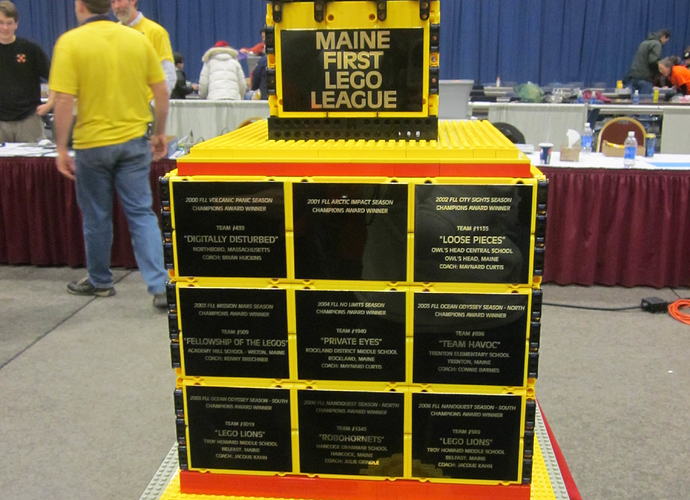 In addition to the wonderful FLL trophies, the Maine FLL State tournament now has this huge trophy that teams that win the Director’s Award (essentially the equivalent of the Chairman’s Award for those of you that did not do FLL) get inscribed on. I think that’s pretty neat, especially that the tournament has been around long enough that the kids who won the award the first year are old enough to be practicing engineers!
system closed January 5, 2020, 11:59am #2