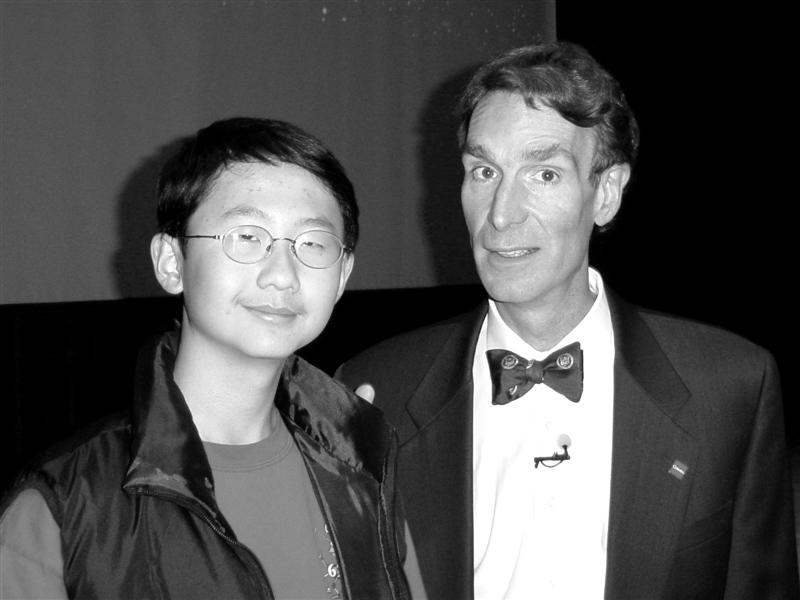 Bill graduated from Cornell back in '77 and has been an honorary professor here the last few years. He’s also on the board of directors for the Sciencenter here. On October 21st, 2003, he gave a final and public lecture [as a Cornell professor] entitled “Galileo’s Grape’s: A Cosmological Perspective”. I got tickets, went very early (4th row, yay), and made sure I got a pic. The 15 people after me got rejected cause they weren’t so early