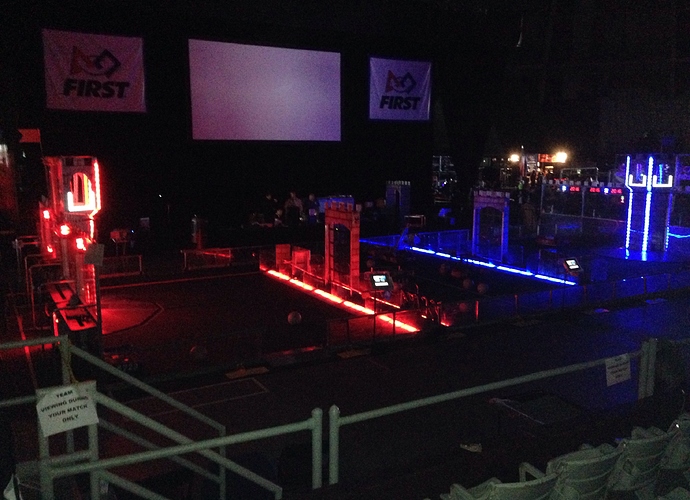 Could actually be easier if all the robots had LEDs on them. Probably harder to keep track of the balls regardless though.:rolleyes:

And now for the 2017 FIRST robotics competition… FLASHLIGHT TAG

LEDs on the bots, and glow in the dark boulders, or something with blacklights! Now I want to see a match in the dark…

What’s really hard is seeing with the sun out.

This weekend at FIM Lakeview, at the time of one of our matches, the sun had just set low enough to shine through some windows and dazzle the entire the red alliance drive teams with reflected glare (but not impacting blue). It was impossible to see the field without blocking the sunlight in some way. Thankfully everyone realized this was a BIG problem and got the powered curtains shut on the two windows for both days.