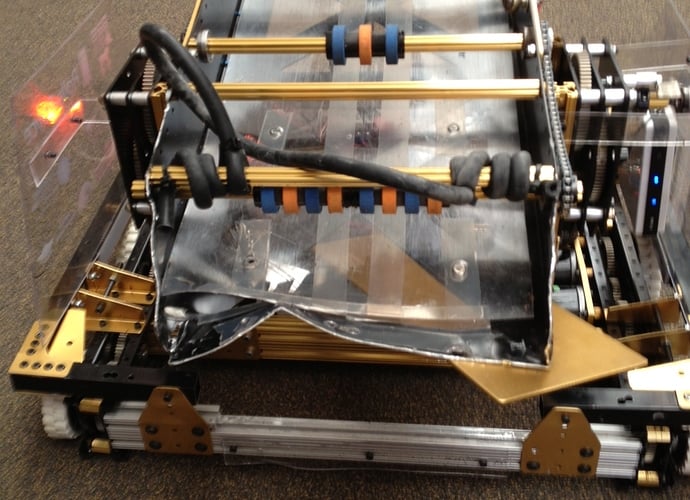 Don’t let young children drive your robot at a demo three days before the biggest competition in the country.

“It’s only a flesh wound”

“It’s only a flesh wound”

It had to be done. In all seriousness I hope you can be fixed by friday.

After the Newton Semifinals we have an idea of how hard the Scalded Goat can hit.

829 has been an inspiration to us from our beginnings. Good luck putting it all back together for this weekend.

I wouldn’t say its the biggest (Cough Cough, Champs)

Looks like you’re going to need a bigger hammer.

I wouldn’t say its the biggest (Cough Cough, Champs)

Is the brick column OK? We all know the robot will be just fine after some minor iteration. Brick is a bit tougher to fix.

Just “Persuade” it a little bit. Any number of Persuaders would be applicable, including big wrenches, rubber mallets, dead blow mallets, ball peen hammers, and my personal favorite, lead bricks.