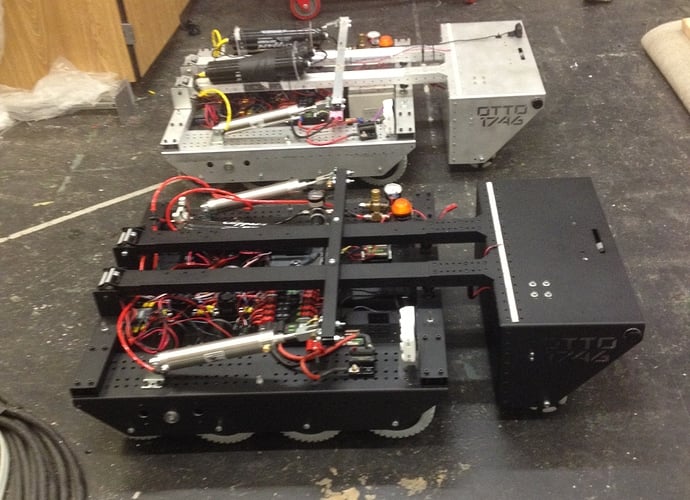 Our competition and practice bot for the 2016 season.

This was our first time designing with sheet metal. The addition of our awesome new sponsor, Metcam, allowed us to up our abilities in the design department. Our founding sponsor, Automation Direct, also contributed significantly when it comes to sensors on the bot. Diffuse sensors, encoders, and proximity sensors will allow us to have some great control in autonomous.

Looking forward to competing in the brand new Georgia district system. Look out for us at the Columbus & Kennesaw district events and hopefully the Peachtree District Championship as well as World Champs.

That wedge/intake looks too much like ours :eek: Glad we’re not alone on the design!

Y’all were looking good while practicing! I’m excited to compete alongside out good friends at 1746 at Columbus and States, and hopefully Worlds!