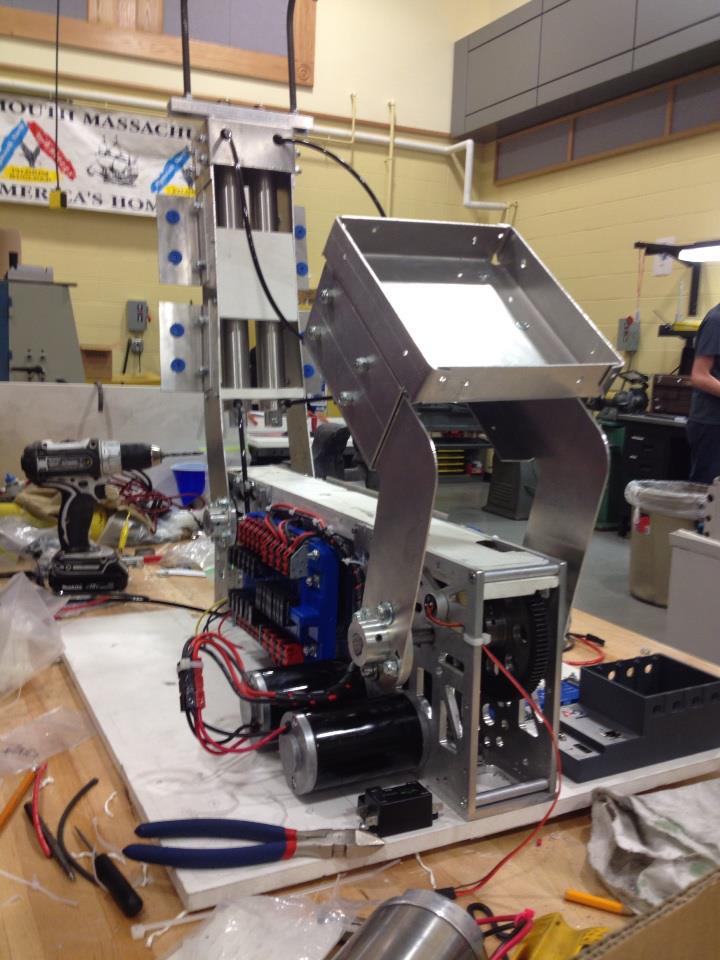 This year we hope to replicate similar creativity! Systems are starting to be integrated in the shop and the goal is to finally have it together and running this weekend!

PS A shooter is present, but was not mounted on the robot for this picture

Your robot last year was my favorite robot of the season. I hope this year is the same amount of awesomeness!

Your robot was great last year, it was an honor to be with you and 558 at wpi, will we see you there again?

We’ll be attending Suffield Shakedown, the Boston Regional, and have registered for Championships.

How heavy is that whole set up right there?

What they’re not showing us is the new air cannon that will actually make the robot float to the top of the pyramid.

When I saw team 23 was competing at Boston, I was so excited to see another amazing and creative robot. Team 1099 can’t wait to work with you at suffield shakedown and the Boston Regional

What they’re not showing us is the new air cannon that will actually make the robot float to the top of the pyramid.

Team 1625 already patented that technology, it is called a Winn-pump.

wesbass23: If i remember correctly, that entire setup on the board is roughly 55-60 pounds

Paul T: The feeling is mutual, but we will not be at WPI this year (BU was cheaper for our school and we were trying to conserve funds for a run at championship with our chairman’s award).

Thanks for the support guys! We hope to not disappoint given our reputation. As of right now, expect us on top of the pyramid!

I think I see a climber in the back too. Good luck!

Good eyes PVC. There are still many components waiting to be integrated but once we get it together running I’ll be sure to show off what we created!