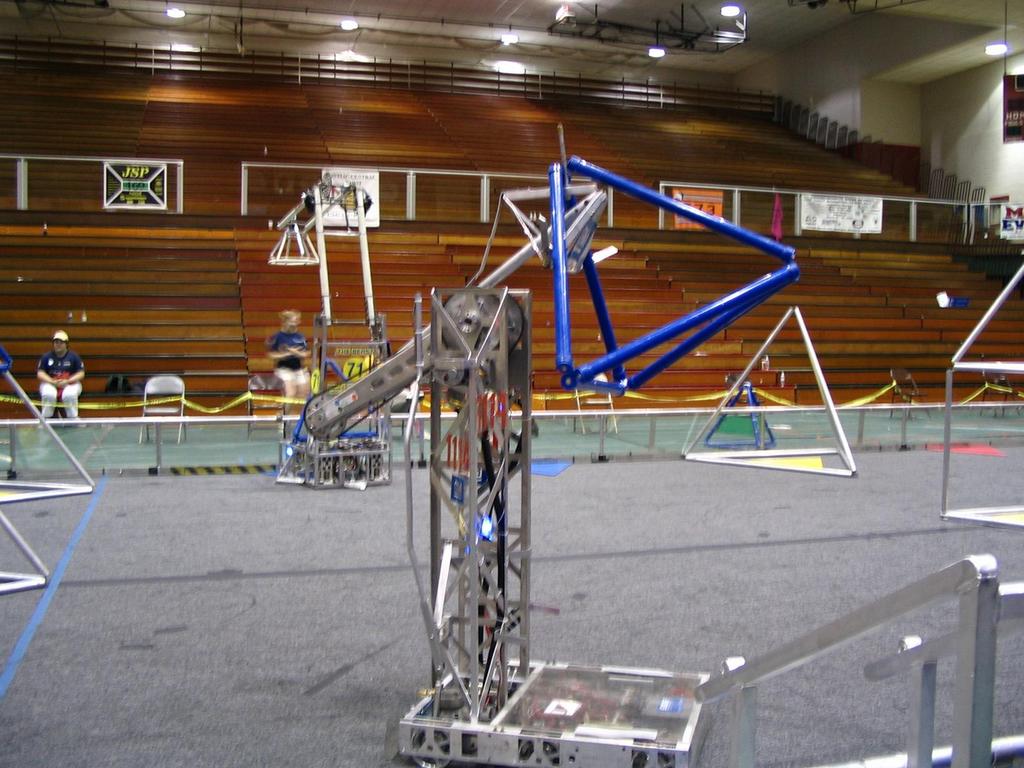 Ahh, yes. Pictures from “Play Time”. For those of you who don’t know, IFI was testing the new 2007 radio during the DSATK concert. A few teams volunteered to skip the concert in order to help IFI out. The test session turned out to be an entertainment spectacle of its own. Ken Patton and Paul Copioli chased each other around, and at some point Paul ended up hanging me from the center goal. I never knew a radio test could be so much fun. A great time was had by all. What was even better was the fact that the 2007 radios functioned flawlessly.

People have always told me that IRI is the most enjoyable competition around. I used to wonder what set it apart. After this weekend, I realized there were a bunch of factors involved, one of them being the general jovial atmosphere of everyone. It made the weekend a total blast. I can’t wait until 2006!

That was about the time I showed up (came late from Mich.) and wondered why the place was so empty while the parking lot was full. Watching the radio test session was pure entertainment - especially the super-tall 12-stack of 71’s blue tetras and the human autonomous mode. Good times.