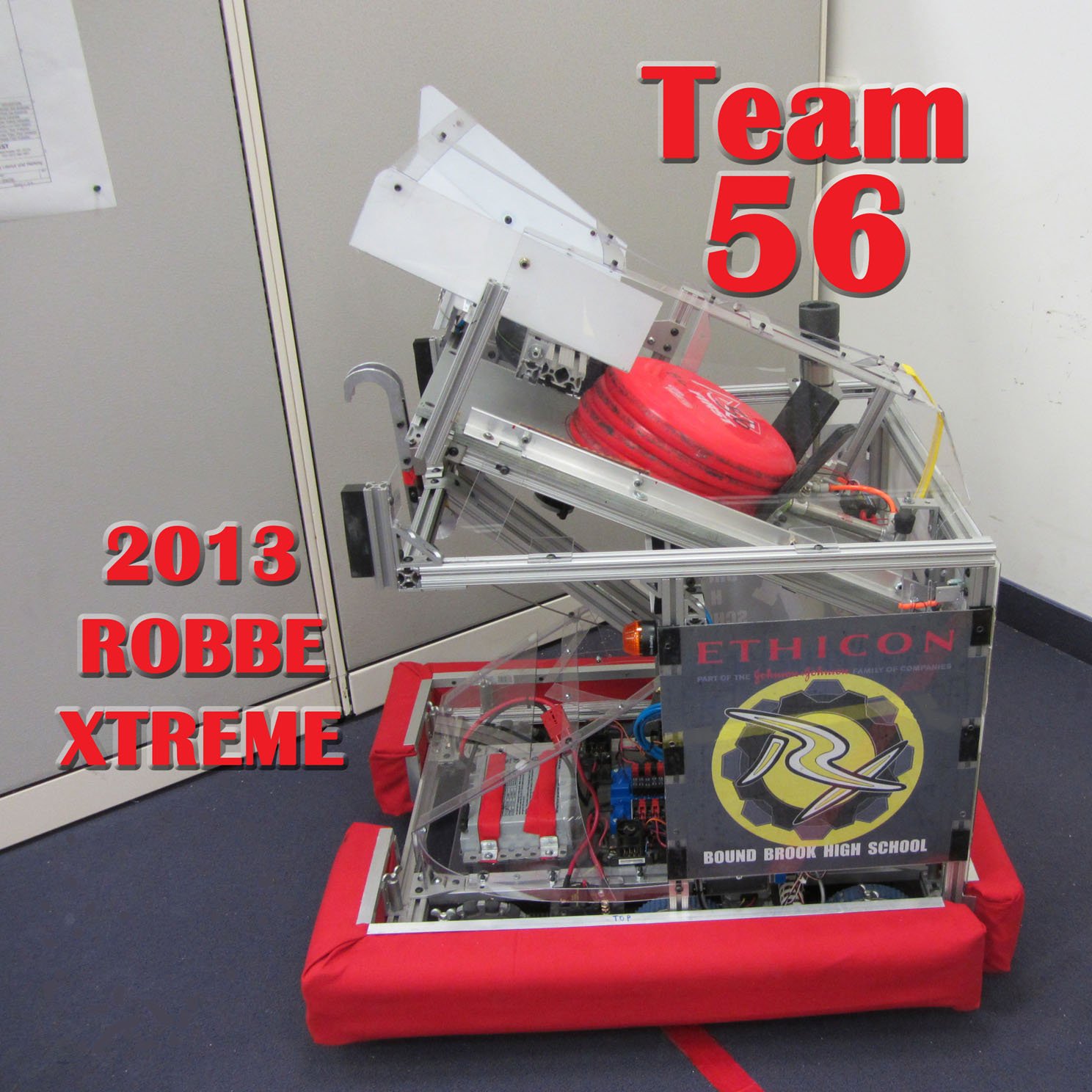 Here’s the 2013 version of ROBBE. It’s almost ready for action. It still needs some additional programming and tuning. We are going with a new logo and color scheme this year.
AllenGregoryIV February 15, 2013, 6:01pm #2

Care to explain how the hanging/climbing mechanism works?

It that a gap in the corner of your bumper? :ahh:

It that a gap in the corner of your bumper? :ahh:

Looks good, but does it pickup?

“Mystery creates wonder and wonder is the basis of man’s desire to understand.” - Neil Armstrong

I’ll keep the details a mystery for a little while longer.

We will fix the bumpers, our over eager bumper team got ahead of the robot design team.

Wouldn’t that be legal?

Wouldn’t that be legal?

Yes, the backing would be legal but the noodle part of the bumpers should have to comver that corner.

And this robot really looks like a Robbe robot; good job guys.

I always applaud Robbe Xtreme for not only building effective robots, but for always being one of the first FIRST teams to share their robot photos on CD. Kudos!

Thanks! All the best this season.