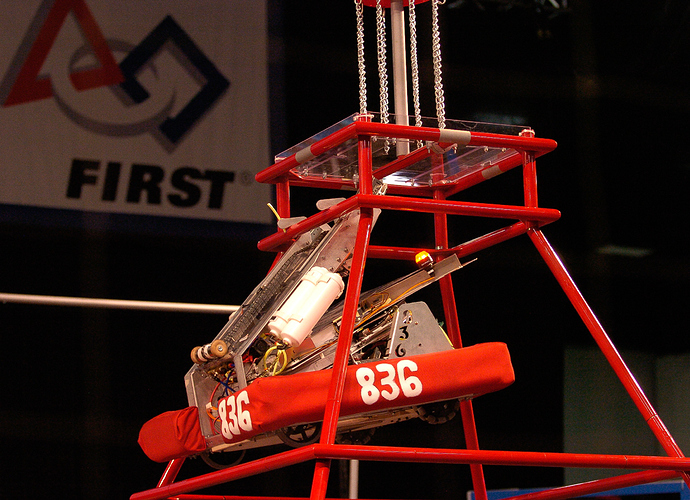 Match 1 of the Palmetto Regional. The RoboBees became the first team to score a 30 point climb in official competition play.
tim-tim March 6, 2013, 5:17pm #2

We were not originally going to climb to 30 during the Palmetto Regional, but did in match 1 of the regional. Our driver was nervous to say the least.

I’m glad we were partnered with you guys for that match, to be the first team to score 3 disks in the high goal for auto.

I know you guys will be successful at world. Hopefully our FTC team will make world so we can check you guys out again.