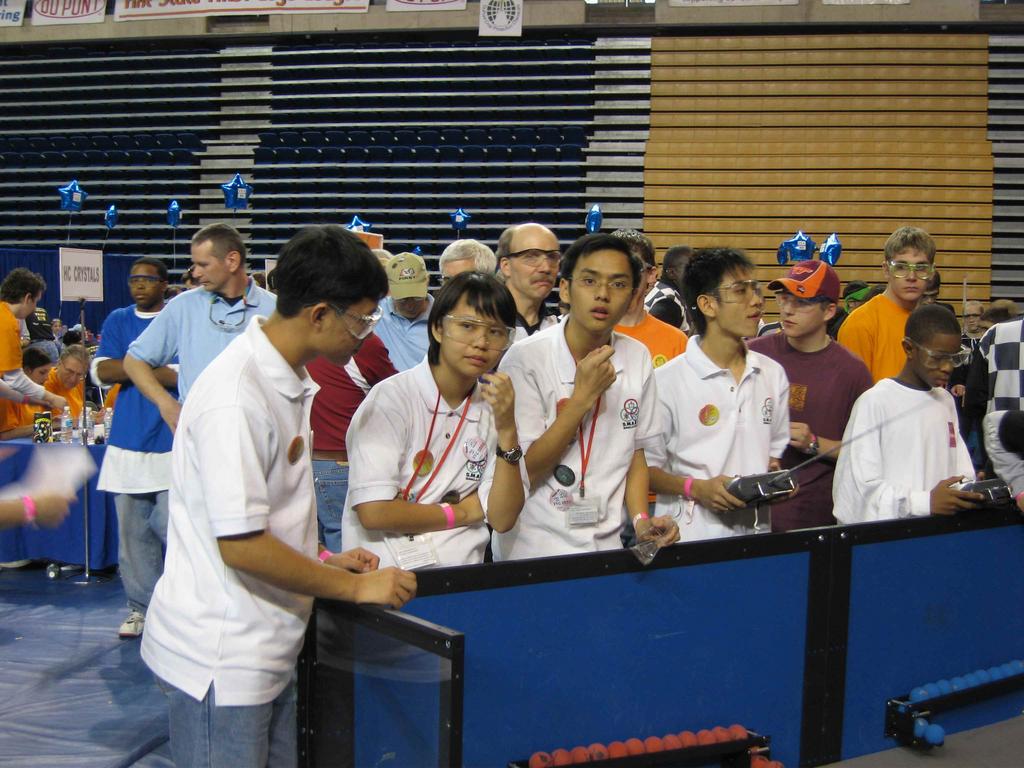 how could anyone miss that face, that only a mother could love

i found waldo… i mean kressly

Aw man, the Waldo comment is one thing, but at least spell the name right Myke :rolleyes:

This team is the Wissahickon/Singapore Exchange, Team SMART FVC 46. This team was mentored by Team 341 and we are so proud of them!
We have worked with this team for two years now and it has been the experience of a lifetime. We sent one student on a visit to Singapore in 2005 and then arranged for two Singapore Schools to compete at the 2005 Championship. At the 2005 Championship they won the FIRST VEX Challenge Award.

This past January they visited our High school for 10 days of cultural exchange and FVC fun! At the 2006 Delaware Regional, they won the Think Award and made it to Finalist.

We are looking forward to meeting them again in Atlanta 2006. This coming August a large group of Team 341/Wissahickon Students will travel to Singapore with an FRC machine for a two week cultural and technical exchange.
After working on this program for almost two years, I am finally going to Singapore. I am PUMPED for that!!

**Good luck to FVC Team 46 at the Atlanta Championships ** form your friends on Team 341!!