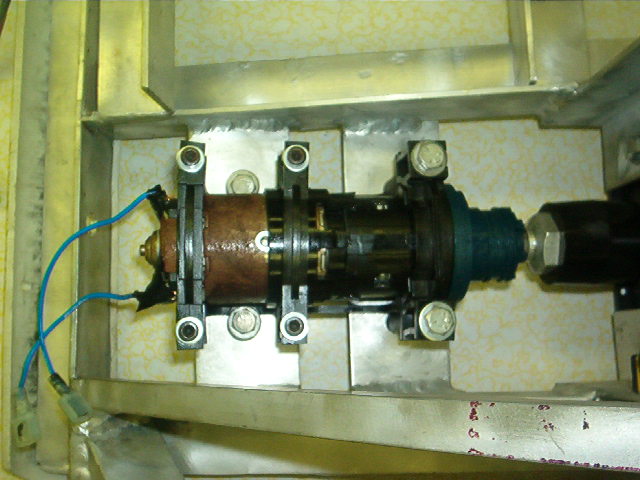 The modified gearboxes Ready to go in swappthing for the robot rodeo, sevrel parts not needed anymore, this evvolved epoxy, JB Weld, and Hi-viscosity grease OH, and most importantly Teamwork

What on earth did you do to those motors to get them so rusty?. I know ours have splotches of it, but that looks pretty extreme to me.

Is that even rust? It looks kind of wierd.

agreed. Now that you say that it looks like epoxy or something else painted on there.

What Do you think?

I think that was why they asked…

maybe tytus broke the little nub that stopped the motor from spinning around in the mount, so he just glued it in instead?

Maybe he was trying to sniff the epoxy and, after succeeding beyond his wildest imaginings, smeared it all over the motor for some reason . . . . ?

This is what you get for guessing games!

Guessing games are annoying. If you got something to share, please share it. Otherwise, don’t waste valuable time

thats wierd. . . ours are absolutely spotless, as far as I know, and saint louis isn’t really known for its low-humidity summers, if you know what I’m saying . . Its not like its a swamp here, but it is still pretty hot and wet in the summer.

No rust, either. Actually, I haven’t seen our motors since we put them is (the drills are underneath our control board, hard to access) so maybe they look like that.

Salt-Air
We have everything in WPB, Beach, swamp, City, Suberbs, Gettos, Etc…

thats wierd. . . ours are absolutely spotless, as far as I know, and saint louis isn’t really known for its low-humidity summers, if you know what I’m saying . . Its not like its a swamp here, but it is still pretty hot and wet in the summer.

My team’s drill motors were in a storage room. They really should not have rusted since they were stored inside and the amount of rust was about the same in the picture.

we are 4 miles from the beach… in south florida… most of our drill motors weren’t stored at all… just left on benches ( cuz we are always playing with them )… they deff. don’t look like that lol

Here in Indiana our drill motors are spotless they stain in a constantly AC-ed building though(at least the were last time I saw them 2 weeks ago). There still all shiney!

I’m really surprised by that! Even after the time that our robot spent sitting in a moldy/asbestos filled closet, our motors look better than that. That can’t be your average wear and tear.

South Flordia GUYS! This is how everyting made of steel looks here