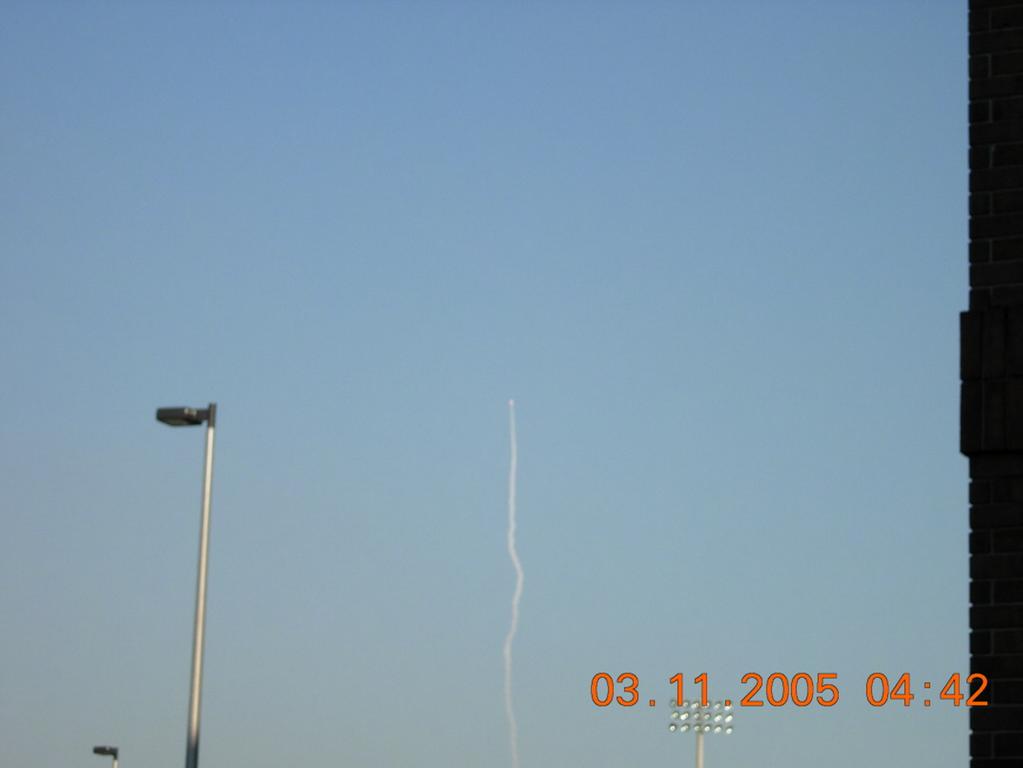 On Saturday NASA launched a rocket (sorry don’t know what it was or really anything about it). I just know it was like the heaviest payload ever to be sent up. Well they put the countdown on the big screen and when it took off we all ran outside and this is what we saw
Winged_Wonder March 17, 2005, 6:29pm #2

Its a shame you all at UCF weren’t closer… seeing a rocket launch (in this case an Atlas 5) is nothing like experiencing it close by, with the ground rumbling and the windows shaking… i love it every time. =)

anyways, this rocket that launched on Friday, March 11, 2005 at Kennedy Space Center was an Atlas 5, the most powerful Atlas rocket in history, carrying the world’s heaviest commercial communications satellite (weighing in at 13,138 pounds). The Atlas 5 is 194 feet tall and has three 67-foot long solid-propellant booster rockets strapped to the first stage, giving it more thrust than any other Atlas.

(no i dont know all of this off the top of my head, i sort of cheated… if you want more information about this particular flight, read this article.

That’d be cool, I’ve read some interesting articles about Internet on commercial airlines flights in the near future, it seems promising.

I think it was an Atlas 5 I heard. Here is Tiff and me… had some trouble with our photographers and the lighting… but a nice contrail in the background 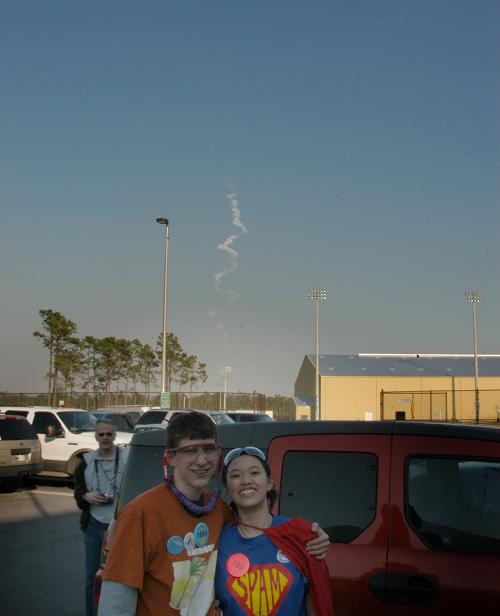