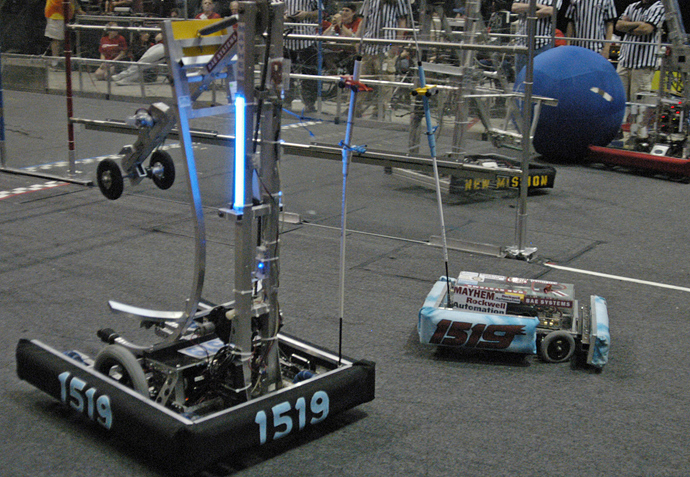 Shown in this photo are two robots from Team 1519 during “Beantown Blitz” in Overdrive 2008.

The large robot on the left is 1519’s hurdler, known as “Fezzik.” The small robot on the right is 1519’s lapbot, known as “Speed Racer.” This photo was taken during the first match that both robots were on the field at the same time – in opposing alliances, no less!

Since “Speed Racer” still seems to get mentioned on Chief Delphi nearly every year, I figured it was about time to upload a photo showing what ended up being two separate robots after 1519’s “dual-configuration” robot was ruled illegal during regional week 1 of Overdrive 2008.