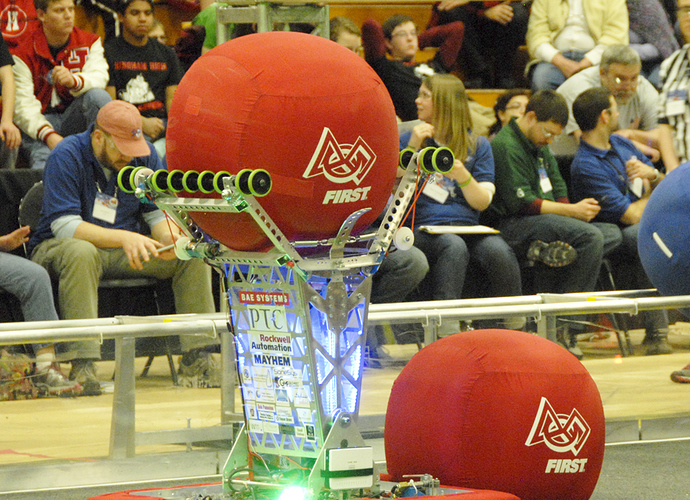 Team 1519’s Robot for Aerial Assist 2014, lined up for running a two-ball autonomous at the Rhode Island District Event.

Their New England District points total for the season was 120 points, putting them 4th in New England – the highest point total for a New England robot which did not win a regional. (They also finished in 2nd at the Granite State District event.)

Congrats Ken, Great Robot.
Good luck in the NE FRC Championship, your going to love it!

Just wanted to provide a few details on the design of our 2014 robot for Aerial Assist, Kaizen.

Please feel free to ask questions here or at an event… we’re happy to share information about our design!