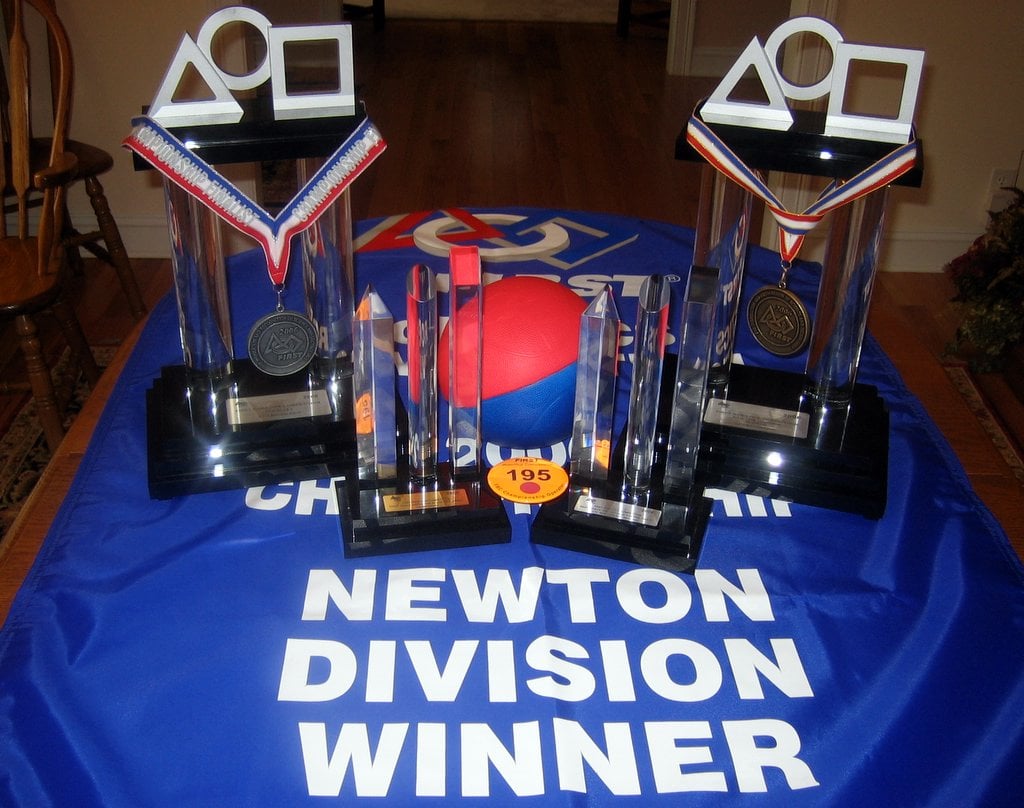 Here’s a display of what Team 195 accomplished in the 2006. Being a small student and parent driven team, we are VERY proud of our accomplishments and can’t wait to go out again next year.

(And yes, that ball is from Einstein!)

Congrats Tom…impressive display…i watched over the webcast…it was awesome to see 2 CT teams battling it out on the big stage. again congrats to 195 and all the other teams as well

Too bad we didn’t leave the carpet in that condition :rolleyes:

Did they give you a Championship finalist banner as well?

Did they give you a Championship finalist banner as well?

Nope. We just got a divisional winner one. We may decided to order the finalist banner, though.

I hope you did leave some awards for some of the other teams.

All the things you see there more than doubled all our awards we ever won.

:ahh:
You can say we had a very good year.