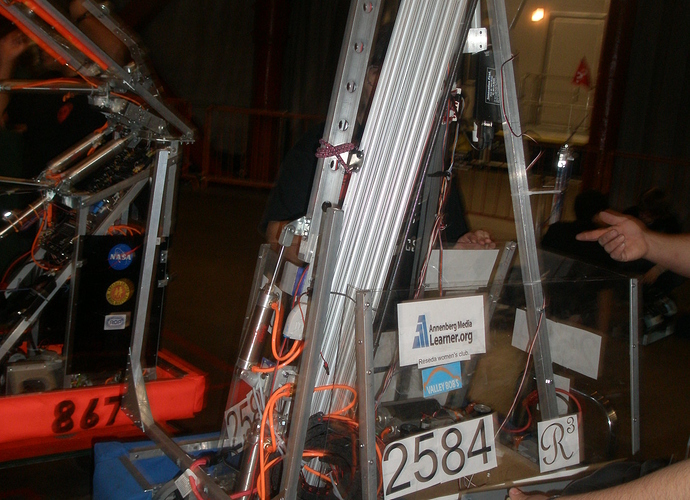 Team 2584’s rookie year robot at the LA Regional. Our ball lift system had some control issues and we found that striping it off the robot and just doing laps earned us the most points. One driver had a steering wheel and the other had a throttle. At 75 - 80 pounds we could out lap the bots designed just for lapping as they were too lite to hold there own against the larger bots. After eliminations we were the 3rd highest ranked rookie team.
system closed January 5, 2020, 10:40am #2