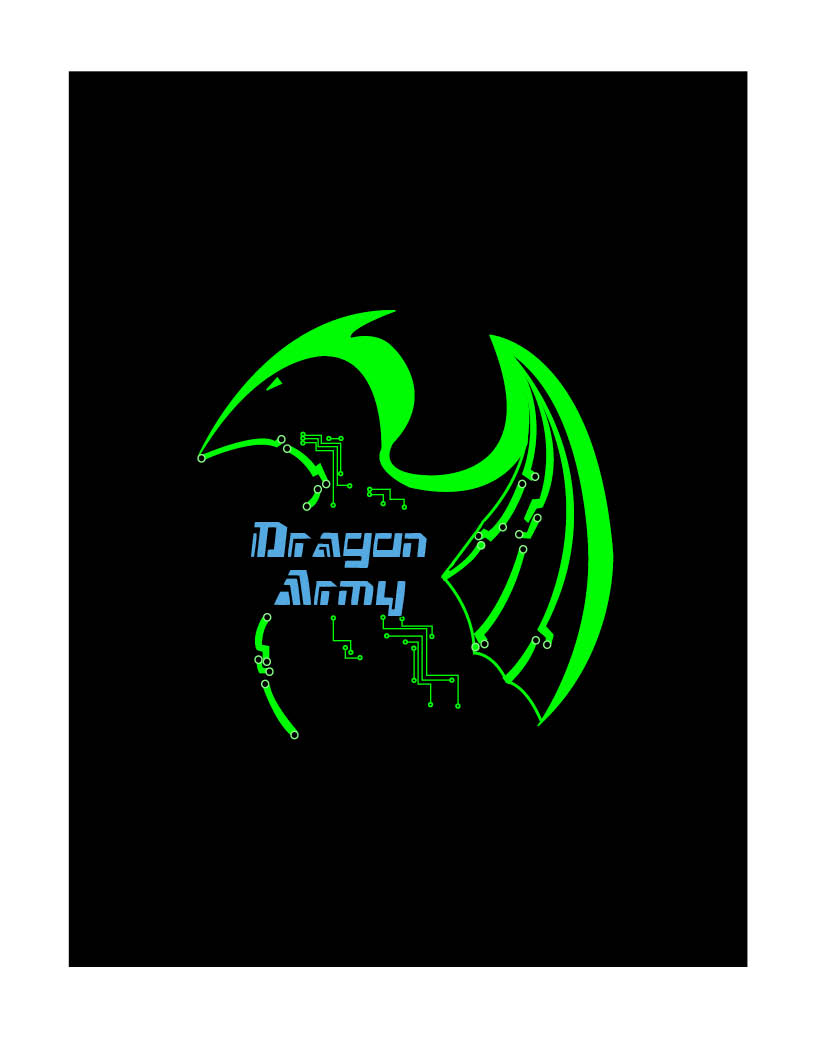 We did that, and also changed the font to one that is more readable.

That looks awesome. Is that going on your t-shirts?

I must say, the Logo looks legit.

Are Baby Blue and Cyber Green your team’s colors or something?

I got the colors off in this picture, it’s more of an electric blue. I will post the revised version soon.