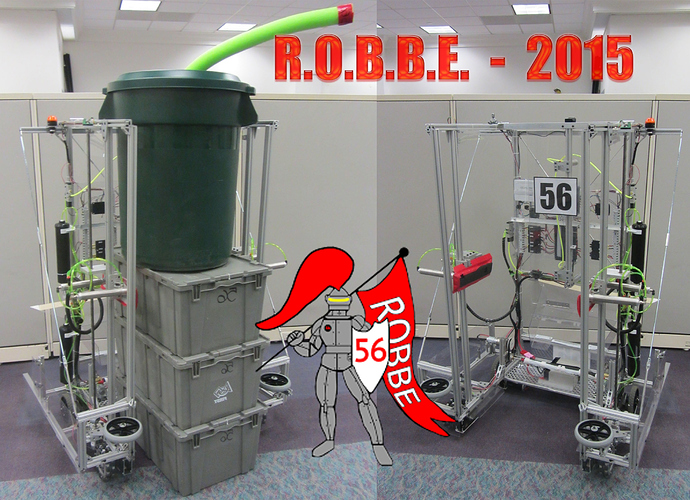 Here’s the 2015 version of ROBBE. After attending the Watchung Hills scrimmage we still need to do a little tweaking and programming. Thanks to our good friends at Team 41 for hosting the event.
Jacob_Bendicksen February 15, 2015, 12:09pm #2

looking at the angles of the shots, i would assume they are the same bot, and not two separate bots. But, i could be wrong…

But they couldn’t be a single robot because both robots feature a compressor.

It’s just two photos of the same robot. We have enough trouble building one.

We were glad so many teams such as yourself were able to attend the scrimmage. We hope to see you in future competitions.