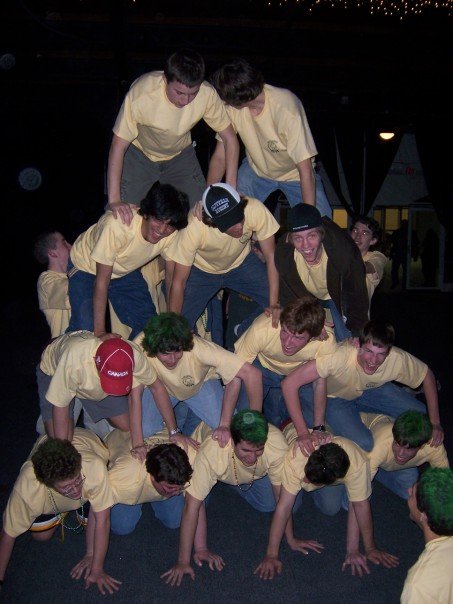 I saw another picture of a team’s pyramid so I had to post this one. This is team 611 at the Richmond Regional’s team social at the science museum. We went crazy basically. Oh and we fell as the top person was climbing up.
September March 11, 2007, 6:26pm #2

Haha, I think I remember this. At the donut room at the Science Museum?

Haha, I think I remember this. At the donut room at the Science Museum?

Haha, that’s fun. My team does that all the time.

Lemme guess… the guy on the 2nd row from the bottom on the far right gave out??? His leg looks a little crooked- too much weight and…

pretty sweet, i think i might have to try that

haha yea, in the donut room at the science museum. And yea, the guy on the second row far right gave out. He got a lot of crap about it, but it’s still a cool picture.