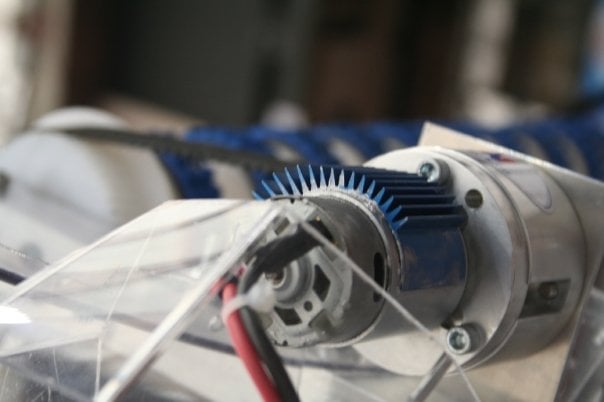 Don’t forget to put heat sinks on your motors! For the FisherPrice and Andymark 9012 motors, team 612 uses these heat sinks:

Shan, glad to see that you’re back in action.

If it’s not too much trouble, mind doing a little testing to see how much of a difference these guys make, if any? We discussed running heat sinks earlier in the season and are on the fence because we’d need about $100-$150 worth to suit our needs.

I’d also be interested in seeing a quantifiable improvement. My team has never used heat sinks on motors and never noticed a situation where they may have helped.

I’d also be interested in seeing a quantifiable improvement. My team has never used heat sinks on motors and never noticed a situation where they may have helped.

We had an FP driving our arm last year that was extremely prone to overheating (although to be fair, we were really abusing it like that). To rectify the problem, we took a fan akin to the big (3x3) muffin fans that FIRST gives us in the KoP and slapped it on our bot, right at the FP’s vents. We still had to use compressed air to cool it down every so often, but there’s no doubt that that fan was what saved our FP.

or…don’t forget to put cooling holes at the gear end of your motors! Notice the openings around the orange ring, to let air flow into the motor. The cooling fan at the other end of the motor can’t do it’s job if you block the cooling slots at this end.

The part that gets hot is the part inside that turns. By the time the heat gets to the outer case, it’s too late 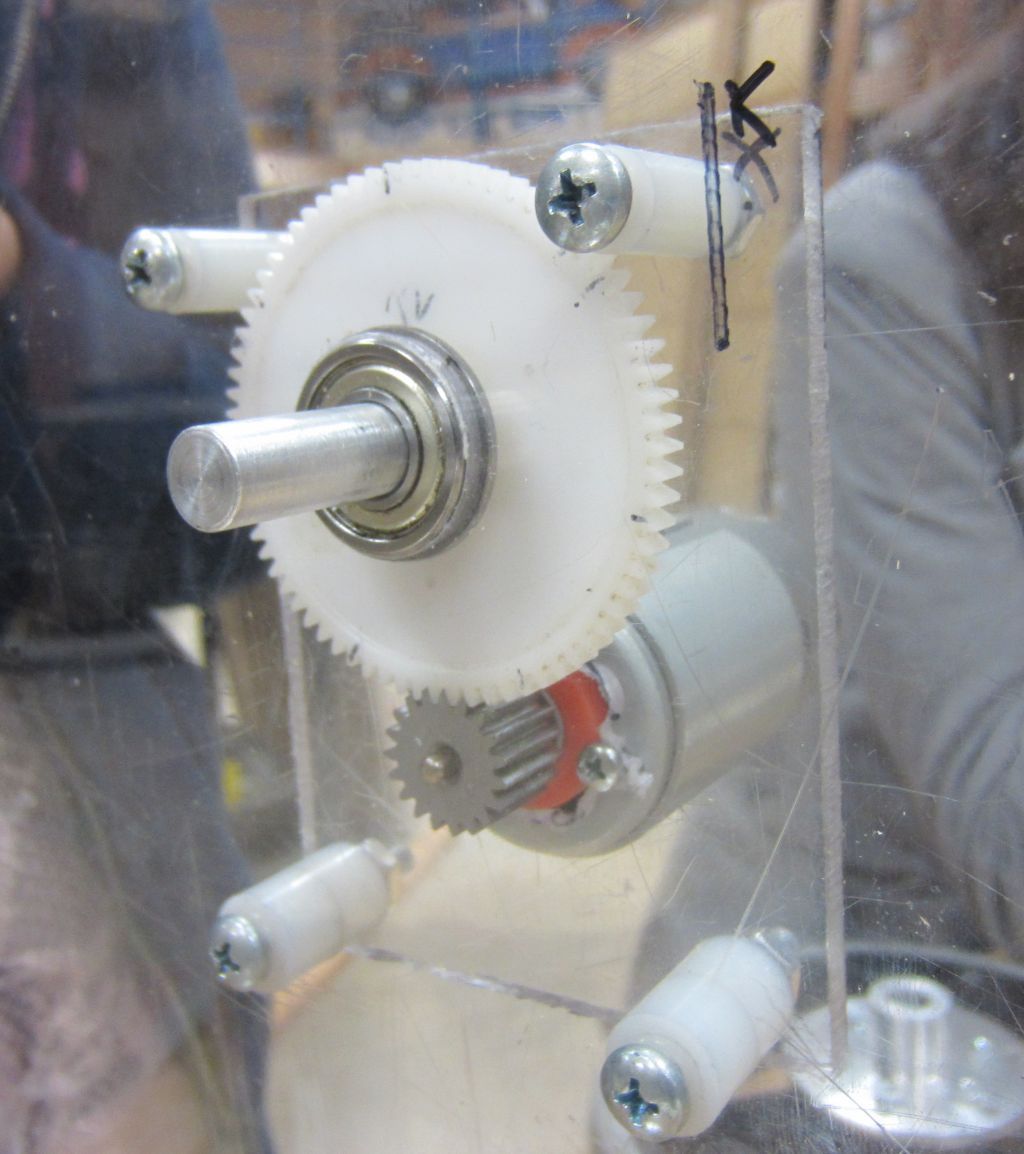 We used the same blue heat sinks on our FPs that were part of our 6 motor drivetrain in 2008. While I can’t provide any measurable improvement, I certainly don’t think they hurt anything. We never had a problem with overheating the FPs all season.
-Brando

I don’t have any measurable data. Ill check with the kids if they can run some tests, but the build window is shrinking fast.

I can say in 2009, at a scrimmage we had problems overheating our FP motors, but after putting on heat sinks, we didn’t have any problems with our FP motors after two regionals and championship.

We really recommend these from a precautionary point of view. Our team would hate to play a team that has a FP motor fail during a match.

I found a different source, I am not sure about the sizing though. It’s the purple one on the list, but they also have a bunch of different styles, check out the other ones they have available. Still the style that team 612 has seems the most effective at dissipating heat, just judging from the fins.

I still find it amazing that I genuinely enjoyed the university course that basically amounted to “get into teams and design and build a better heatsink than the rest of the class”.

One thing to emerge from that experience is the value of tailoring your heatsink to the actual operating conditions. Very approximately, you want to maximize convection for things that are running for a long time (such that they heat-saturate the adjacent material, and achieve something approaching a steady state), and maximize conduction for quick dissipation of heat (at least until you run out of heat capacity or temperature differential). Radiation doesn’t really matter (because the temperature differential and surface area relative to the amount of heat are both fairly small).

With that in mind (and not having done the calculations), I think active cooling (i.e. forced convection) is probably a better choice than a small passive heatsink. There’s a lot of thermal resistance between the heatsink and the flux yoke of the motor, and yet more between the flux yoke and the case. As a result, you might find that the little fins don’t even get hot enough through conduction to drive a decent thermal differential. Even then, you’re more interested in the armature staying cool than the case. The best way to ensure that is with moving air flowing through the motor.1

Failing that, an actual heatsink (to store heat rather than convect it away—kind of like a CIM motor) would probably keep the motor cooler for short durations. They’re kind of heavy, however. (I haven’t done the math to see how heavy this would be, for a given performance and a given duration.)

1 Someone, maybe AndyMark or BaneBots, needs to run a nice little controlled test: compare performance of motors with various levels of ventilation and heat-sinking.

Failing that, an actual heatsink (to store heat rather than convect it away—kind of like a CIM motor) would probably keep the motor cooler for short durations. They’re kind of heavy, however. (I haven’t done the math to see how heavy this would be, for a given performance and a given duration.)

If you want a good approximation of how much heavier it would be, weigh a CIM and weigh a Fisher Price motor.