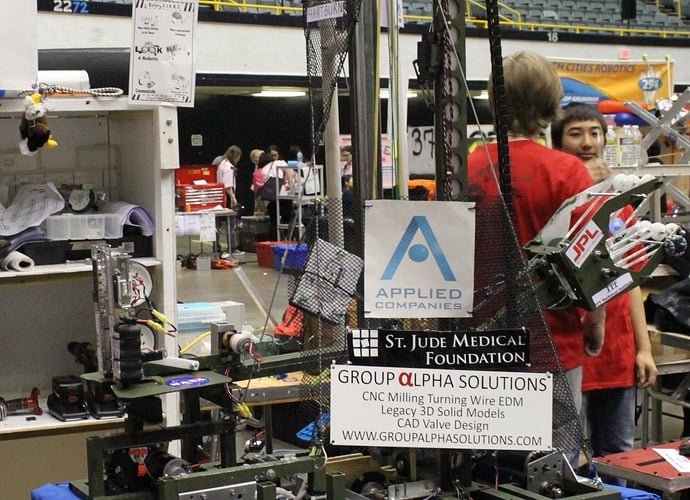 You guys are tearing it up.
Great capper!

hopefully you can get that minibot working a bit better, and get that autonomous rocking, but great robot!!!

I like the font on the bumpers, did you make it or find it somewhere? (Did Bungie sponsor you??)

Thanks for the help you guys gave 2584 during build. I like the font too, its different. You must of had a different inspector than us, as our guy got out the tape measure to make sure the letter were at least 3/4 inch wide. They weren’t and we had to add some paint. Here is what they looked like pre inspection.
http://www.chiefdelphi.com/media/photos/36535

Thanks for the comments. I feel we did very well at the Silicon Valley Regional (even though we managed to not make it into the finals.) The bumpers were fine in LA but one inspector in Silicon Valley did not like them (the head reff said that they were okay but we made them larger to be safe)