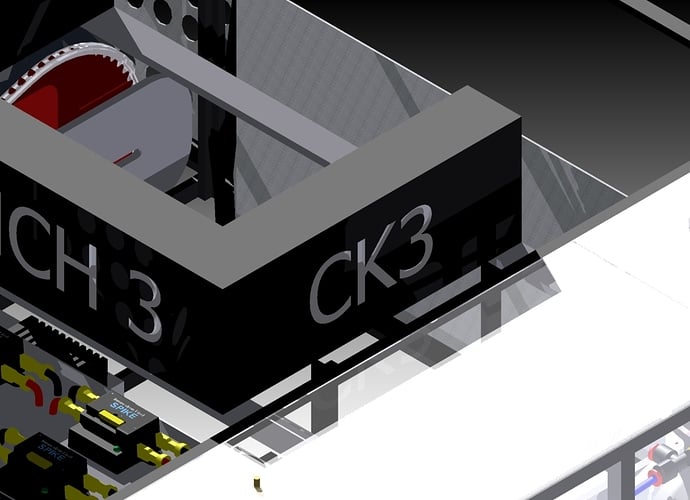 This is Team 79’s secret summer project. Can you guess what our team is up to?

Posting teasers to off season projects just to irritate us? :mad:

Posting teasers to off season projects just to irritate us? :mad:

I see pneumatics, sprockets, spikes, and metal, so I’m going to guess that it’s a robot.

A robot? Why would a robotics team build a robot? Its obviously some sort of anti-doomsday device to either spread GP or emit enough food to end world hunger.

Either of those things are Chairman’s worthy, see?

My post was less “I figured it out” and more “I don’t have a clue”.

but then again I’m just guessing

Is it a second robot? Hey, you could name it Captain KRUNCH!

well, i’m guessing you didn’t add an extra line to turn C4 into CH, so i think it’s a t-shirt cannon robot

well, i’m guessing you didn’t add an extra line to turn C4 into CH, so i think it’s a t-shirt cannon robot

it can’t be a t-shirt cannon, because of all those spikes, or it could be?. Maybe it’s a moving garbage can.

out mentors built a double barrled t-shirt cannon robot once year, and they used a LOT of spikes

yup! its a T-Shirt shooting robot! Very nice guess! We had a contract with IFI last summer to build them a t shirt shooting robot, and our coach LOVED the robot we built so much he almost didn’t want to send it! So we took an old robot chassis we had lying around that was cannibalized (Which is why its Captain Krunch 3) and we’re in the process of transforming it into a fully functional t shirt robot. It already shoots, but we’re adding a turret and updating some code functions. It’s 2 barrel with a turret that can pan and tilt.

And those spikes… we have 4 on-board compressors. 2 sprinkler valves for launch (both run off of one spike) and a revolving light to warn everyone that the t shirt robot cannons are up to pressure (which is the 6th spike). 4 victor 884s. 2 for drive. 1 for tilt, and 1 for rotation.

I’ll try to post a full design of the whole chassis and the electrical board later today. And hopefully in a few weeks I can finish the whole robot design and I’ll make sure to post that!

Take a look at ours.