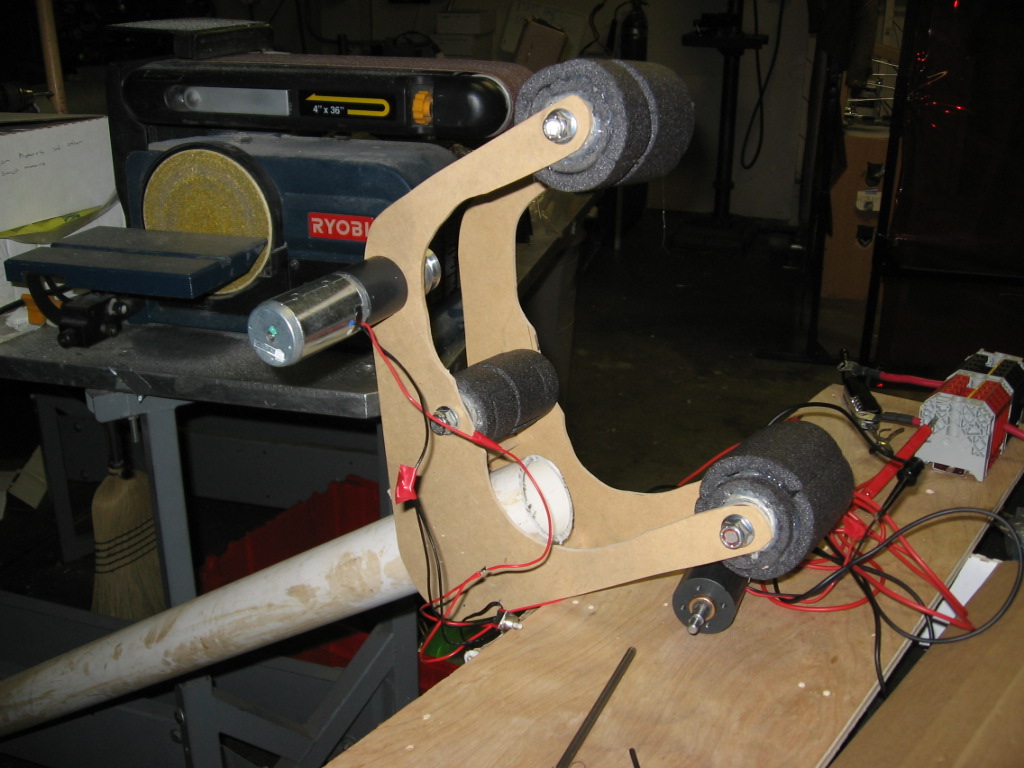 this is our grabber prototype. it has two globe motors that have been wired up through two switches to allow control of the direction of both motors. all the switches will later be controled thorough software.
Billfred January 15, 2007, 4:10pm #2

Do you have any provisions for protecting the Globe motor in the pipeline?

How do you intend to pick up a deflated tube?

Does it close of Just spinnings the Donut thing in?

Which one came first?

Intresting I have a question for you are they just trying to only puy them on or are they trying to also remove the Spoilers and move them?

This is a reply to the posts so far.

No current thoughts about how to protect the motors.

The design allows for the jaw to change sizes but this was just to figure out how the motors would function.
the one at this address came first.
http://www.chiefdelphi.com/forums/sh…ad.php?t=51657

Design concept allows for a possibility of taking off ringers but not exactly sure if we will be doing that or just placing ringers.

Are you going to motorize the two outermost rollers seperately so you can rotate the tube while you’re holding it?

Gabe: We’re not sure. We might make some of it it adjustble if it seems that many tubes are deflated during regionals.

Yeah becaue i was wondering how you guys could get spoilers off like the dsign is good on putting the keepers on but removing spoilers… but I think it could work.

How well does the foam material grip the inner tube?