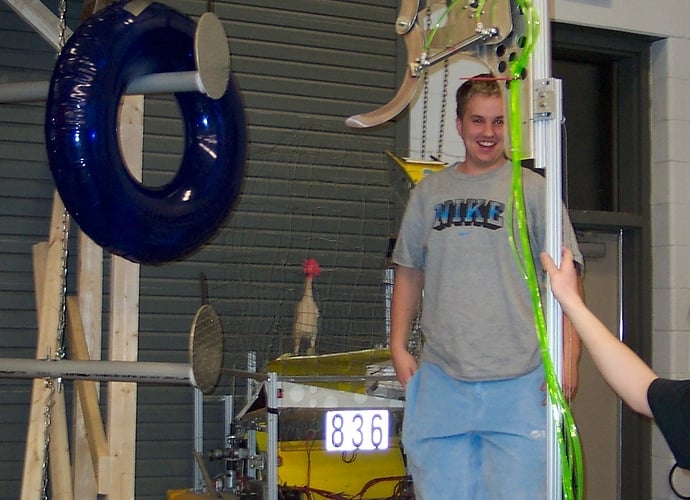 I must say that after three weeks of redesigning and only a week of building it has been an accomplishment. We can effectively score on all three spider legs and place and remove the spoilers.

One more surprise coming at ya though, I can’t let it out yet!