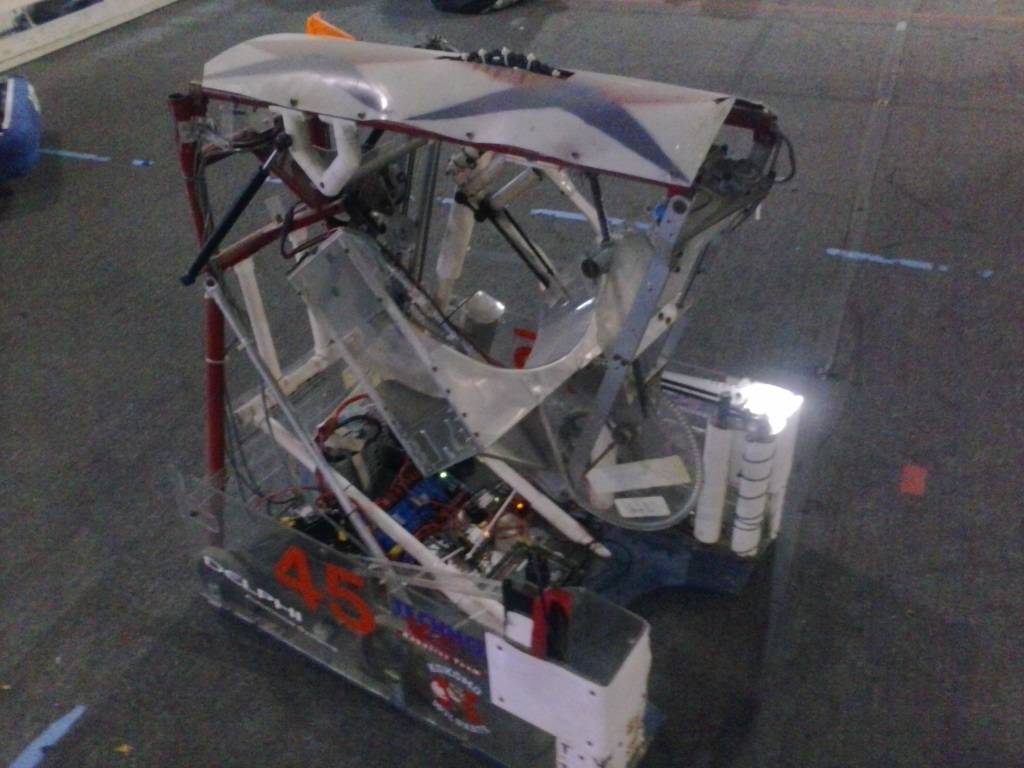 Is that a Lexan sprocket? :eek:

Is that a Lexan sprocket? :eek:

I would assume so.

For all you young’uns out there reading this, the materials list back in the 1v1v1 days (and to at least 2003) was pretty restrictive. There weren’t a lot of “unlimited” items; duct tape was banned…

But as I recall, the rules around the time of this robot were essentially:
–Some dollar amount from Small Parts Inc.
–Some size amount of various materials (aluminum, lexan, plywood, I would think)
–Some “unlimited quantity” materials.
–Anything in the KOP other than packaging.
–Cost limits as current, with a cost-per-item limit on electronics.
–A prohibition on “exotic materials”, including titanium–basically, if not all teams could reasonably be expected to be able to get an item, it was banned.

This sort of restriction fostered a lot of creativity–if you’re already at your quantity limit on steel, but have a lot of Lexan left, and you need a sprocket, start cutting. Need a hopper built but want to save on your sheet metal limit, practice tying string in nets. Various other similar substitutions.

Most of those restrictions were phased out starting around 2003; I think the last one left sometime around 2008 when duct tape was allowed onto the robots.

The round piece near the wrist is actually a cog device. Basically it is a polycarbonate circle with indents evenly spaced around its diameter. Each indent complies with another round piece with spokes in it. The spokes fit in the indents and transfers energy 90 degrees.