pic: The robot is finally finished and handed off to programming! 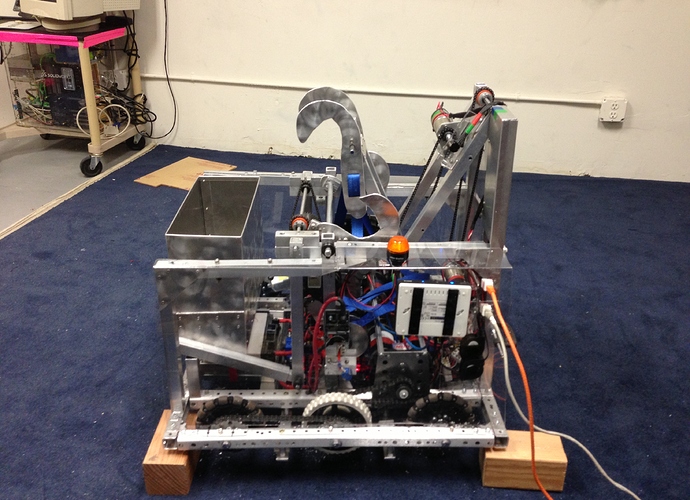 Still a couple of small things to finish, but mechanically and electrically it’s fully functional. We’ve taken everything through its motions manually, and it works as expected - now to get it to do it all in the code

I hope a release video comes in the next few days as well. I want to see that climbing mechanism move, if it works how I’m imagining it that’s a clever way to get a 30 point climb without having to go at the corner.

I hope to see a release video soon, too! moving things by hand and powering motors straight from the battery showed us that everything works like we would want. The only issue was speed… when we go to climb from one level to the next, the robot jumped up so fast we couldn’t keep the motor plugged in to the battery. Luckily, that won’t be a problem once programming is finished!

Also to note… this is the first time my team has ever built a powered arm. We’ve had a couple of semi-arms - spring or gravity powered devices that were a 1-time use type of deal (either used for the end game, like in Break Away, or released at the start so our mechanism could start within the frame perimeter). But never anything that could be controlled by a motor. This year, we built two - and they’re different from each other! The climbing arm has 3 articulating joints - the shoulder and elbow are controlled with PG motors, while the wrist is controlled indirectly by tension provided by the winch. Then there’s the dumper arm… it’s controlled by a single PG motor, but the elbow is chained to a sprocket fixed to the chassis, so the arm can extend to its full length when all the way up, but fold in on itself when retracted, all automatically.

I can’t say how proud we are of our students for build two great, functional arms this year, with absolutely 0 experience on arms!

Nice work. It should be a great addition to any alliance. It will be fun to see it at competition.

For those who are wondering, we’re almost there! There was a lot of testing and fixing going on over the past two days. We’re up to level 2, but have to get some sleep tonight before tuning the code to get up to level 3.

Anyone who wants to see it in motion, we’re posting videos to this thread: 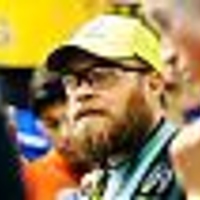 Our first climb and dump of the season!

Now that you’ve all clicked the link above, here’s the real one 😉 http://www.youtube.com/watch?v=VIjAOGilqII