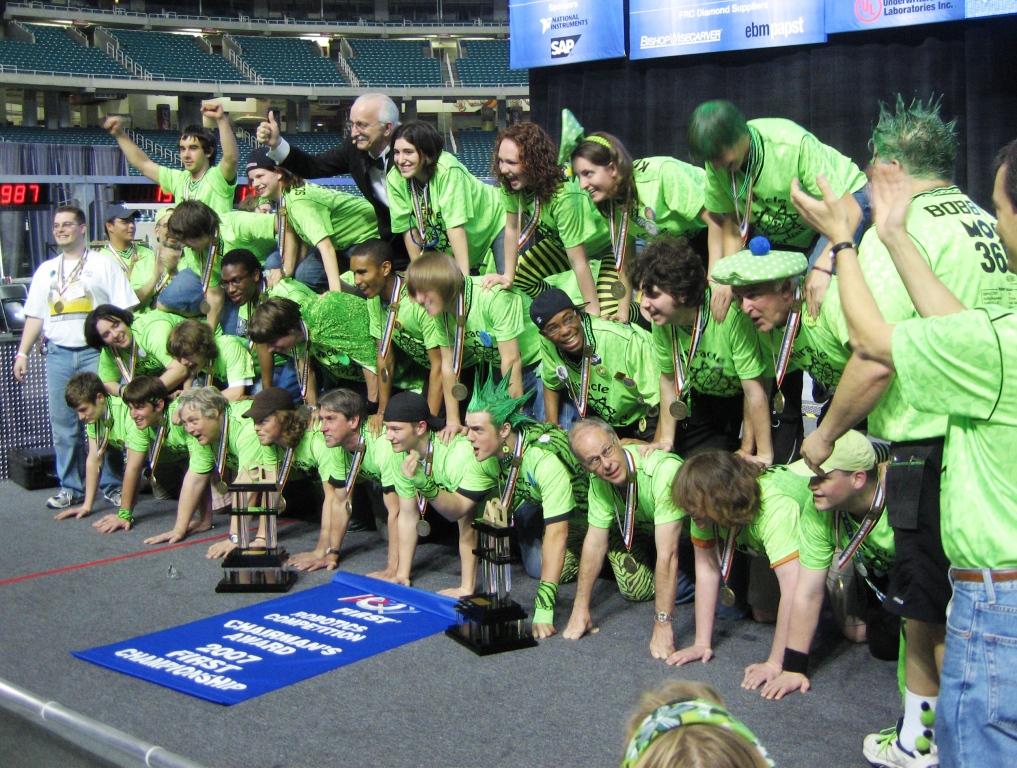 Leave it to Woodie to look as though he belongs there in a tux, topping off a pyramid, MOE-style.

Congratulations to MOE for winning a well deserved championship chairmans award and for taking this awesome photo.

Look foward to seeing MOE green in the HOF next year,

sweet picture. I love the pyramid and congrats.

Sweet Picture and congratz on winning the Chairman’s Award. All of that hard work has payed off!

congrats moe, you guys most deffinatly deserved it, and I know team 1511 cant wait to see you guys again next year, your spirit and gp is just infectious and we love being around you guys. Hope to see you at FLR, or maybe even at our offseason the Ruckus?

Congrats on the award. It was amazing to meet you at FLR and get to see you all again at ATL.

Congrats MOE team 365. I couldn’t think of a more deserving team then you.

awesome picture. congrats on a great season this year

This is a pretty sweet picture. Congratulations!