pic: This is how you know I love our robot. 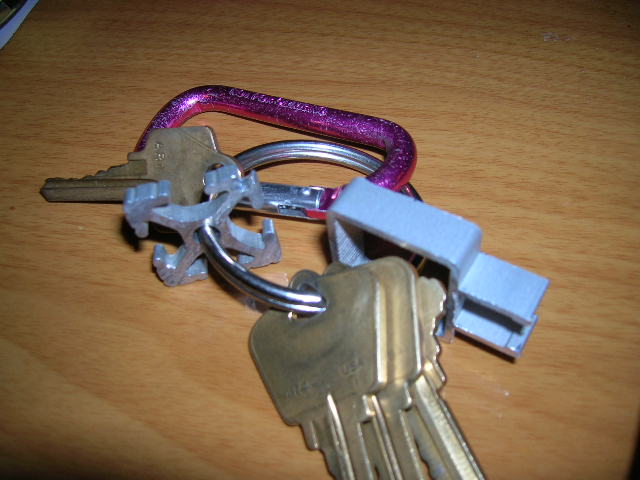 We had a lot of little t-slot pieces around so I decided to put it on my key ring along with some quickframe.

team 612 has tons of those. to my knowledge in 05’ they were handing out pieces of bosch or 80/20 as key chains. Most kids on the team now have them.

last year my team handed out two cubes of t-slot strung together with roughtop tread strips as “fuzzy dice” peer awards. I have a “not-so-cubish” one at home that’s failed inspection

I think you have something there… First it was little useless flashlights that stoped working after like a day, now its leftover robot metal… Amazing, Cheep, FIRST… I like it!

Lol, we did the extrusion thing in 2005 and sold them as necklaces for a fundraiser at school. I have a slice of 1x1 that I’ve been wearing since freshman year =P

Out of curiosity, where did you get the other piece of extrusion from?

I have a lot of useless pieces of 1-2 inch extrusions too.
Time to cut them up!

I believe it was team 930 that did this in their rookie year, way back when in '02. I still have mine somewhere…

Out of curiosity, where did you get the other piece of extrusion from?