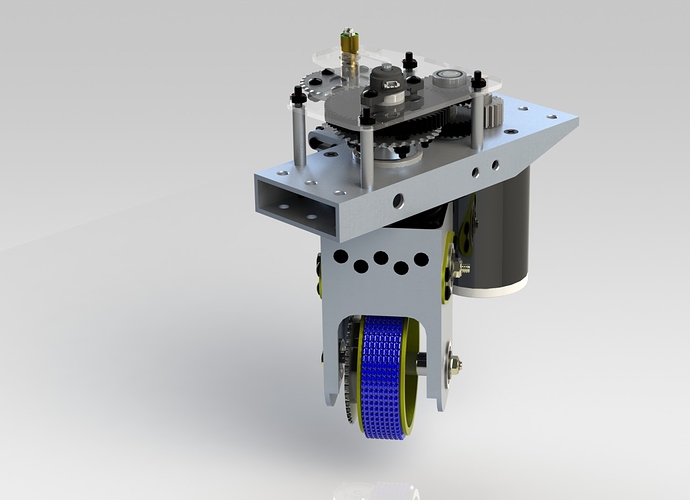 This was my final project for my introductory design class at UCSB (we used SW for the class). It’s basically an improved version of our swerve drive that we made during the off-season and attempted to use this year. Specifically I addressed problems we had found with the old system as well as making the module independent.

In total there are about a dozen non COTS parts on the entire module assembly. Everything weighs around 9.2 lbs including CIM, bolts, and the steering motor+gearbox.