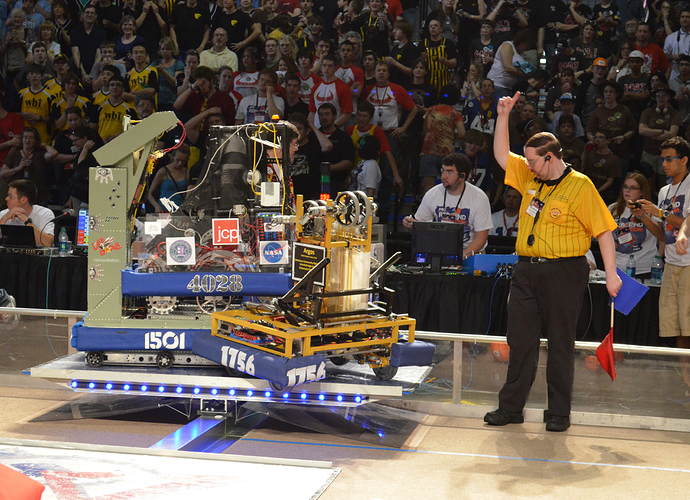 How the did team 4028 get on top of your robots ??? that looks intense

I believe that 1501 has a ramp on their bot which they can tilt down a let another robot on. Then they level the ramp and drive up on the bridge.

How the did team 4028 get on top of your robots ??? that looks intense

I was on field reset that day and saw the balance.

Here’s how it works.

side note: 447 also had a near-identical design (mechanically, that is) and had the same triple balance ability.

Nicely done. We can certainly appreciate an ugly 3 robot stack here on 125…

Here’s how it works.

Rat Dude you had it mostly right. 1756 goes on first followed by 4028. They over balance to bridge so we can get our Fantail under the bridge. They then over balance back onto us. 4028 drives onto us and we pull away. 1756 rotates the bridge towards us and we drive on to balance. Easy Peasy.
Lemon Squeasy