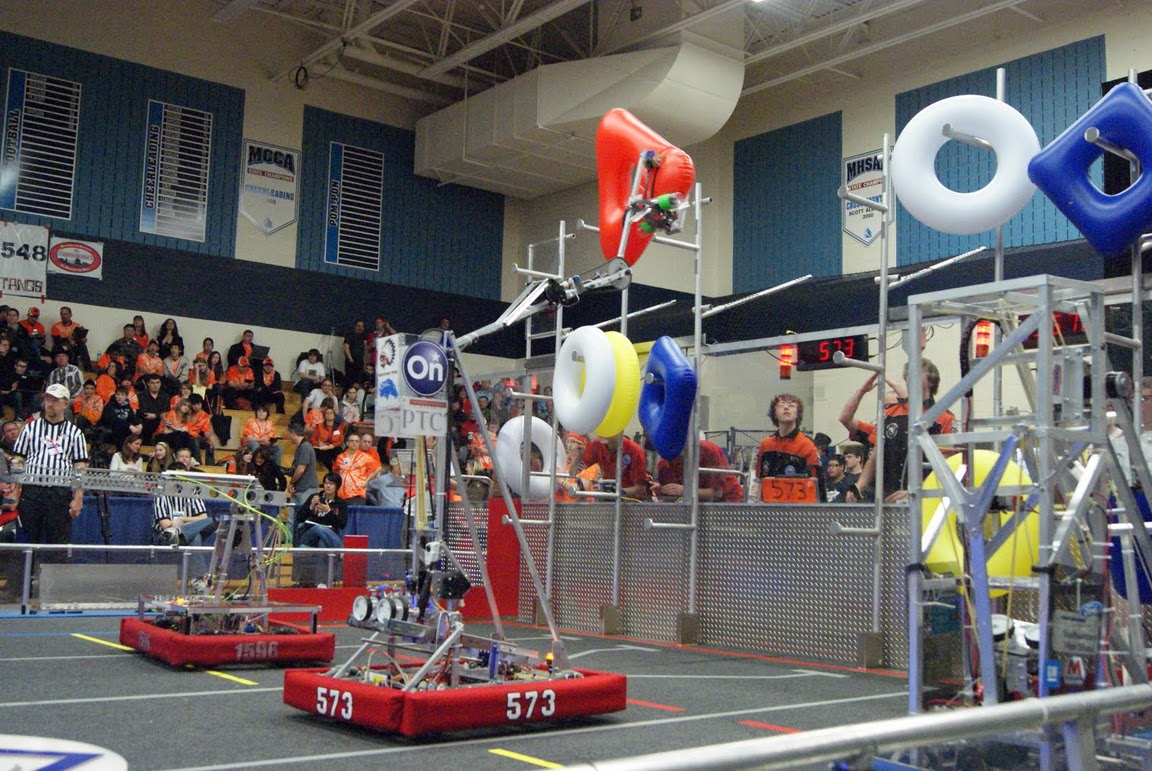 Here’s some specs/stats from Waterford:

We hung around four tubes per match and I believe we had a maximum of five hung per match. We didn’t get much practice before the competition and I believe that we can get the number of tubes hung up to six or seven.

Questions and comments are appreciated.

Might I ask how you shaved off half a pound?

Sweet robot. I can’t tell from the picture, but does your claw open up or is it just a roller claw?

One of the most consistent robots I’ve seen so far! A tweak or two, along with more practice, puts this one in Michigan’s real top tier. It’d be hard for you to top last year, but Velociraptor certainly has the potential!

(And look! One of my less terrible pictures!)

@CalTran: We reduced our weight by cutting off whatever we could. A lot of it was excess metal from brackets. Our claw doesn’t open up. We did toss around the idea after we saw a few teams have opening roller claws, but we felt that hinging our claw would cause problems with the carpet.

@Basel: Thanks for the compliments! We are obviously extremely proud of our design and we weren’t expecting to perform as well as we did. We’re definitely going to be iterating on certain aspects of the robot, like our minibot’s speed, but in my opinion, we just need more practice. We didn’t get too much practice time before Waterford, and I think if we can hit a practice field during our six hour window, we should be able to have a functional autonomous and have the ability to hang six tubes.

woa! sweet robot. i wish i knew that team