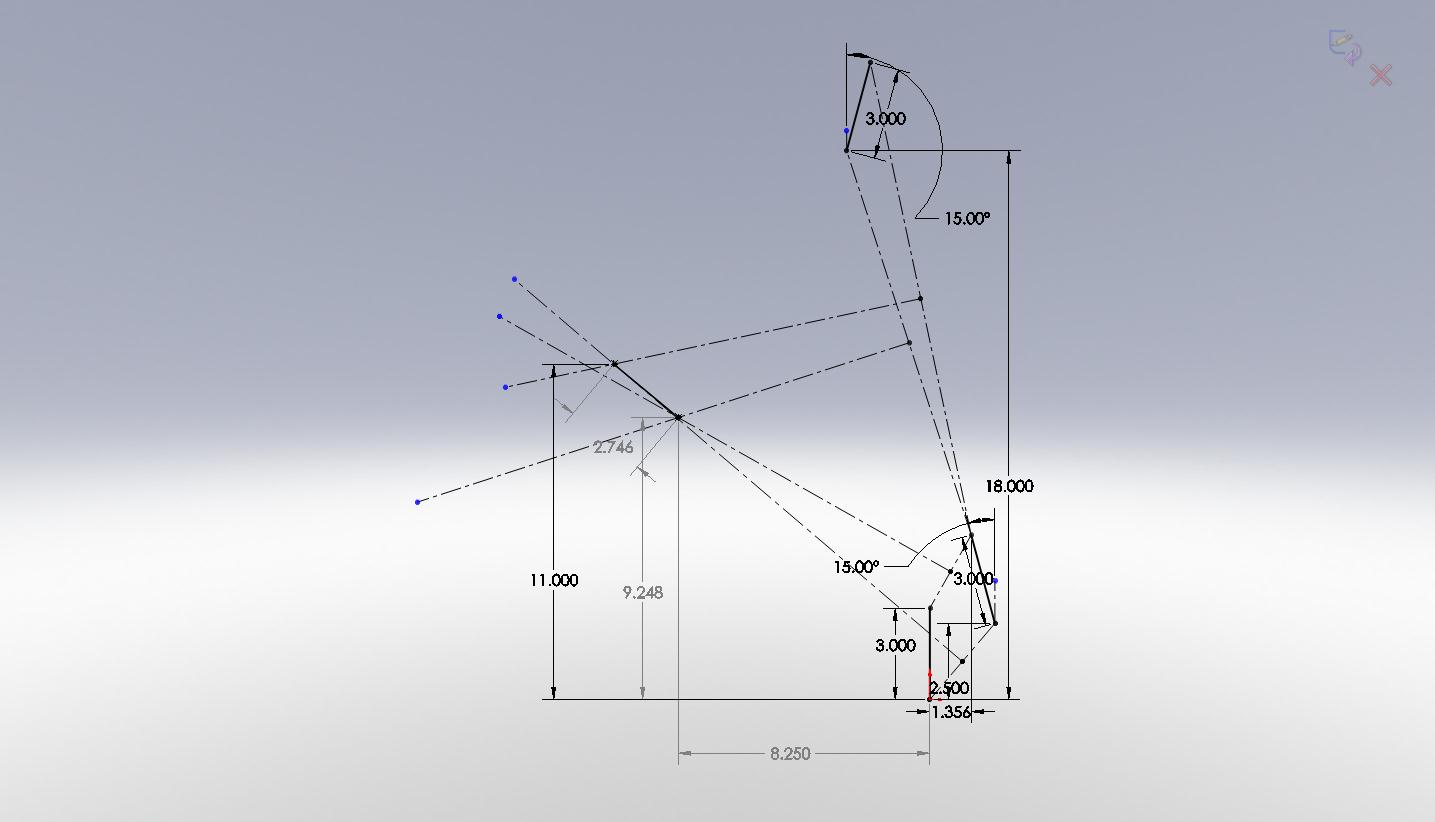 Working on a few possible designs with one of my friends. What could this be? What would be made with this math?
Edoc_sil January 1, 2019, 3:14am #2

Possibly a layout for some 3D photography?

Or perhaps the ball of yarn for the kitten?

A hint: The structure for the actual object isn’t drawn here. This is a simple sketch used to determine how to position things to make something like this work.

I’m making this challenge a lot harder than it needs to be, but that’s because I want to learn!

A hint: The structure for the actual object isn’t drawn here. This is a simple sketch used to determine how to position things to make something like this work.

OH OH I know what it is!

Well I guess you’ll like it, one way or another.

Sadly, the Vex game at the IRI does not feature a hanging element. It is a modified 1v1 version of Clean Sweep called “Swept Away”. You can view the rules here: http://content.vexrobotics.com/docs/VCC/swept-away-manual.20091014.pdf

I’d rather see it coming off the field as I am coming on.

Too late for that. The Kiwis claim to have already put an autonomous high-hanging bot on the field in an official tournament.

New Zealand find the robot that will win the worlds in 2011!

Last weekend the first ‘Round Up’ game of the New Zealand sesaon was played and Lynfield College showed us all how to play the game. We are certain that their robot or one of its (copied) descendants will be in the winning alliance in 2011! What can...

Too late for that. The Kiwis claim to have already put an autonomous high-hanging bot on the field in an official tournament.

Yea, I read that right after my post. I would have liked to have seen that. Interesting enough, that was in our game plans as well…

I was planning on making a totally sweet four bar linkage that would lift a forklift-style plate from flat at ground level, to titled back just off the ground (pick up game pieces spatula style), to tilted forward at 18 inches high (for scoring in the highest goal in the game). I graphically determined the position of the third and fourth point on the linkage by making approximate positions for the end piece in Solidworks, then finding points based on the intersections of the midpoints between linkage positions. I then tested the concept by making a model out of SolidWorks blocks just to make sure I derived the linkage correctly, and it worked just as predicted. I was then going to take the points in space and make a “vex-approximate” version that kind of did the same thing, but by that point I had decided on a simpler, but less totally-sweet version.

I put up a little video of the linkage blocks for visualization purposes. if you’re curious, here: http://vimeo.com/12874376. While really, really cool, with the bonus of allowing for a four motor drivetrain, it’s probably for the best that I’m scrapping it. Simple wins.

One of my VEX teams built a really nice 4 bar linkage for “Clean Sweep” season. It worked well they were pretty happy with it. Two building tips are to use double bearing blocks at the pivot joints (4 blocks total) The two blocks on each side give great stability of the joint. Likewise double collars on each end of the axles makes the joint less likely to come apart under stress.

The shoulder screws that are new this year are also a good choice for the pivot points.

If Simple = elegant = only the parts you need, then yes. Too simple may break at a critical time.

It’s a shame you are so far away, I’d be happy to lend you some of my builders.