pic: What a defensive play on Red Alliance's Ramp! 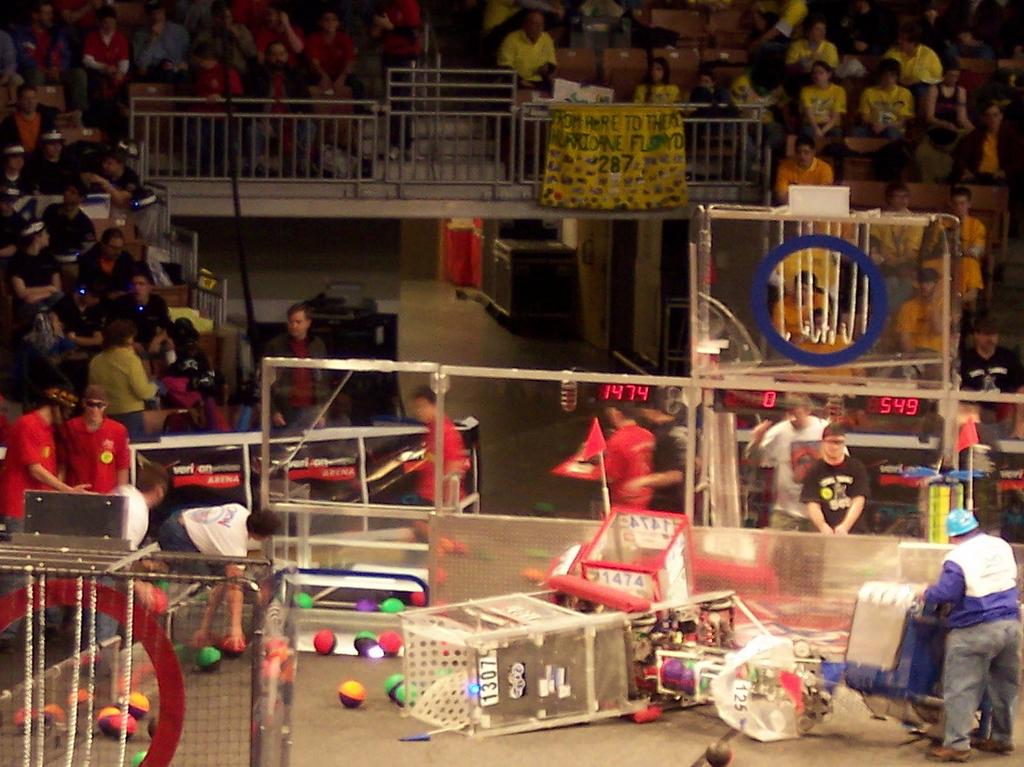 wow, and i thought when 303 and 56 went down was wild. This must have been insanity.

Hahha! Heres for hoping that we won’t be stuck in that sort of deal

I actually don’t even remember that match…insanity to say the least…at least one team was up!

Yeah i dont remember it either. We flipped a lot defending the ramp, since we couldn’t go up our own.

Haha we were queing during that match. It was intense. One bot fell over after another.

Holy crap. That right there is what might draw the I-watch-Nascar-for-the-flaming-wrecks crowd to FIRST.

That was a crazy match. We were attempting to shoot, when we were pushed sideways up the ramp, which caused us to fall over, we were the 2nd of our alliance to have been flipped right in front of the ramp. I think it ended up with 4 of the 6 bots in that match were on their backs/sides…but hey, no penalties