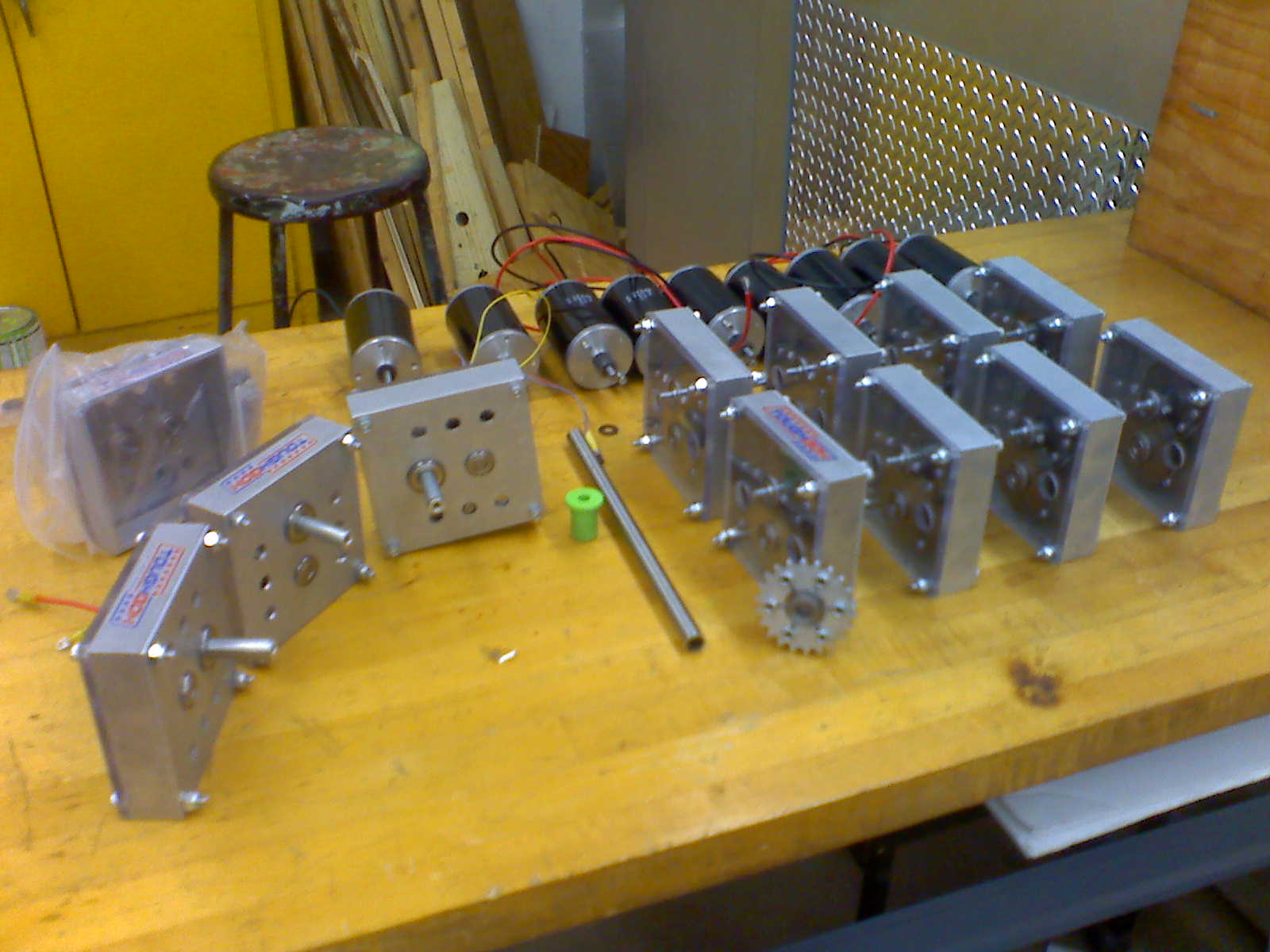 So What’s going on here?

… since my boss uploaded a picture of what his team has been up to, I had to do the same. =)

Toughboxes can be used for mechanisms, too

Since there are more TB then you have the legal CIMS for, my guess is that its an outside project, or you plan on making 4x robots for practice?

madness! thats what it is i tell ya.

Maybe we will see some Florida triplets this year ???

Maybe more than one set

Maybe more than one set

With the possibility of multiple FL triplets, will single birth robots stand out as more unique? Hmmm, perhaps judges will find it easier to recognize an innovative “uni-bot” as opposed to singling out the uniqueness in threesomes?

No negatives intended to any teams co-designing & good luck to these creative alliances. I just can’t help wondering about all the ways triplets will impact the competition.:ahh:

It will be interesting but it really does boil down to the driver, strategy and luck. The robot has a big impact in that formula but I think the other 3 have more. Yes we lose design individuality but we help out a team, and make the competition more fun. It is a lot more work though…

can you put toughboxes inside of each other?

how about a toughbox swerve drive, with a practice robot and not all of the cim motors are in the picture.

Congrats on FIRST post and yes only 4 cims are allowed.

4… (the two included in the KOP, and 2 additional)

4… (the two included in the KOP, and 2 additional)