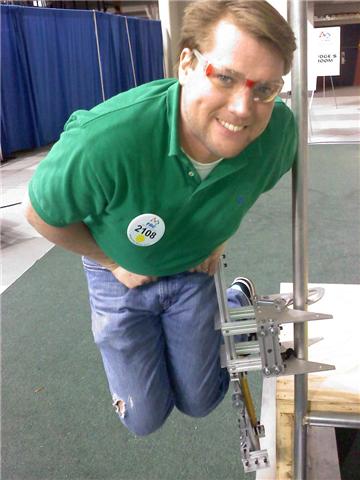 Here is our new arm for competition… As you can probably tell, Mark (Mr. Ivey) decided to have a bit of fun (to say the least)… Suffice to say, we aren’t going anywhere once we’re up!
You guys can expect to see this Friday at the Virginia Regional (and then NC and Atlanta…)