In fact, we’re going to casually play some multiplayer casually tonight on FUN and stream it to twitch.tv/firstupdatesnow

There’s only 1 robot type available (though you could play with FTC bots, and you are not able to score on the control panel. 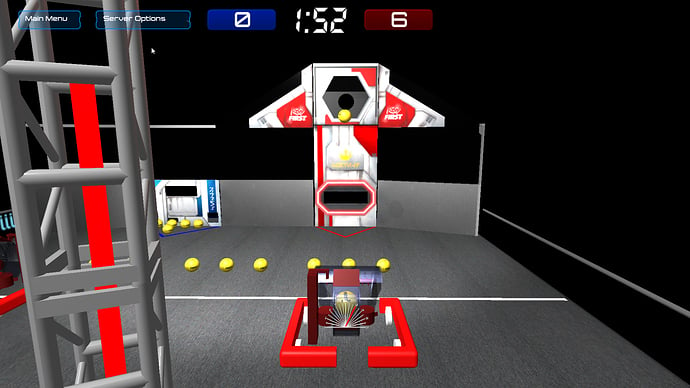 I’ll definitely be playing around with this.

This is awesome, just spent almost an hour playing around in it.

I’m guessing by the Tips page that you must have a controller available to play? Would Xbox work?

You can use a keyboard. I prefer a controller (use a Logitech F310)

This simulator is absolutely fantastic. Had our strategy subteam playing it for several hours in teams, both to simulate actual strategies and relax during midterm week. Some mild bugs/issues we found were

We also couldn’t seem to get 6 player working, the last two people would just join as spectators, however we may be doing something wrong. Despite all of this though, the game was incredibly fun and a big thanks to all involved in the creation of it.

Do you even balance? 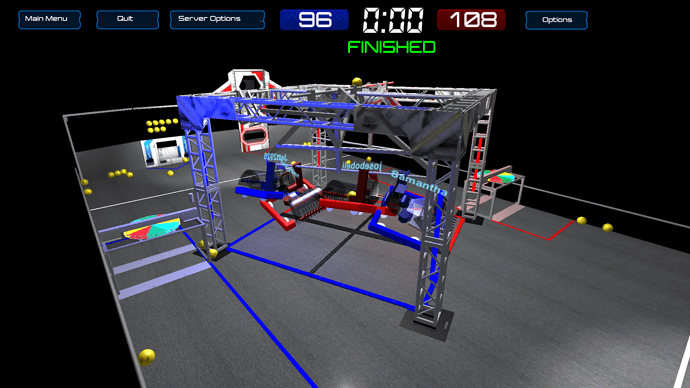 omg i forgot to watch!!

I did record most of these and will post to YouTube, some of the dynamics and strategies were quite interesting (and some we’re ummmmmmmmm yeah…). 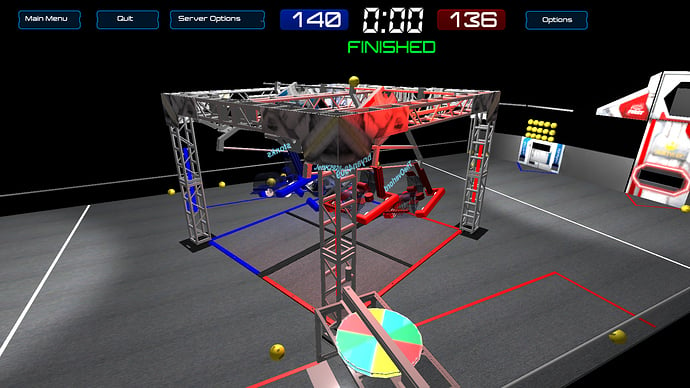 Do the triggers/bumpers do anything? It’s a thing on the keyboard with no function and seems to be nonexistent on Xbox controller

@Tyler_Olds is there a FUN server for the simulator? and if so whats the IP address?

Speaking of servers, can you host your own?

I would be interested in renting a server to have a permanent game up. If anyone has a suggestion we could do for this I’m all ears.

Speaking of servers, can you host your own?

Yes, there’s an option for this under run server. You will need to enable port forwarding on your router.

I believe the climb is accurate, however I may be wrong. It appears as 20 points increasing because you have gone from a park (5 points) to a climb (25 points).

You are correct, 5 points for the park, and 20 for a full climb. 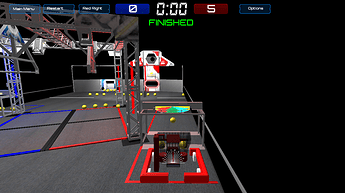 I believe I have a high score for solo robot. My best is 165 solo