One question is whether changing the ball to be more durable but the same size qualifies at “significant”? If FIRST wants to save money, they may want to make this change because they were going to run out of usable balls by the end of the season.

I picked significant, but wouldn’t be upset with major. While I get that HQ wants to leverage existing field elements, teams should have to seriously consider strategy and optimize mechanisms after kickoff. Things that might look like Team Updates won’t make this happen. TBH, I’d rather not have the 2021 season look like the 2020 post season that might have happened.

but unlimited height in your Target Zone. Go ahead and eliminate virtually all ball variation–if you want to invest in building a whole new robot.

Seems like that could seriously nerf the game. Park in front of the upper/inner goal and just pump balls into the inner goal that your alliance members put in your input. I’m not sure you’d even need wheels! Not very exciting.

I’m not sure you’d even need wheels! 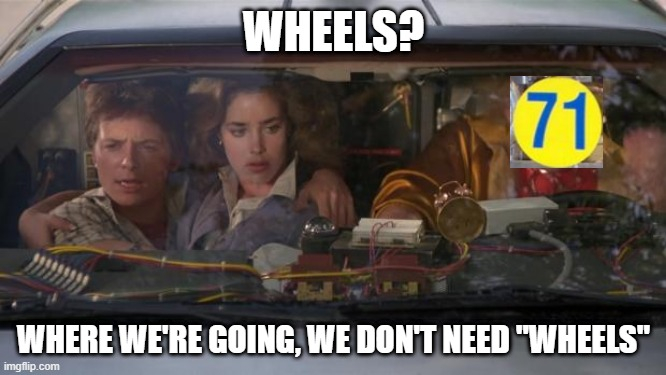 A small weight allowance (+5 lbs) would encourage more teams living at the limit to try at least some form of modification and change. Without this, teams that already spent much effort getting their robot to function within the original limit are likely not going to be as motivated to rip all that apart to add new features compatible with revised game rules.

Offseasons permit this allowance all the time…including IRI.

If you want to encourage more spending and support of suppliers in 2021, then adding more weight budget would directly contribute to achieving that goal.

The only major change I want to see is that the name of the game is changed to Infinite Replay.

I’m not sure you’d even need wheels!

Ok, the wheels thing was a wee bit of hyperbole.

But it definitely could be worth specializing to get 3 pts on every one of your alliances’ balls. We did a similar thing (to a more limited degree) with 1982 during auton for IR.

We found that we and alliance parter 4499 had very similar autons, so we couldn’t both do them. So they kept theirs and we made a new 6-ball with 1982 who had been just dumping in the 1pt goal during auton. 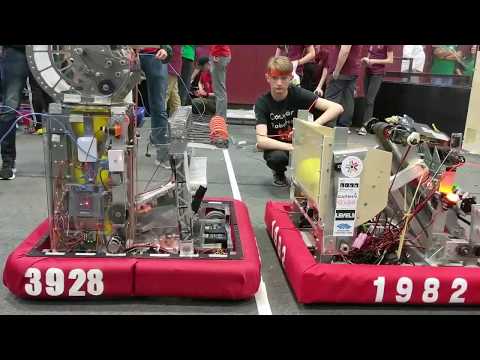 What do you mean by this in the post-bag era?

The robot weight remains a build constraint regardless of how much time you have to pursue changes. I imagine a good many teams operate near that maximum weight, and such teams are not going to readily want to undo all of the things they did in 2020 to fit under the limit.

The GDC has mitigated time as a limiting factor via replay but money and weight still remain. If a team has some money to spend on upgrades and especially additions, the weight budget still remains a key roadblock for many. Relaxing the weight limit a small amount would incentivize changes without harming gameplay. Again, many offseasons employ this +5 allowance knowing teams like to add or change mechanisms after the season is done and try them out at offseason events. It gives teams the wiggle room to work on such things without stressing over fitting into the original weight window. Lacking the allowance, teams are more likely to not spend money and time on the effort.

I am presuming that the GDC will not be significantly changing the core gameplay elements of collecting shooting and hanging because that completely counters the whole point of replaying the game. If so, many are not going to want to change what works well. If what works well weighs close to the limit, that doesn’t leave any wiggle room for anything else the GDC might toss their way.

And I do think it is a noble goal to incentivize supporting suppliers without cruelly forcing it upon teams via wholesale game changes. A weight allowance means you can add more stuff to the robot if you want, which is an EASY, passive way to say “Hey guys it’s OK to work on your bots and spend more money and help these suppliers remain in business if you can”. I would think such a tactic would spread out the costs of supplier support among more teams willing to work with that extra weight budget. And who knows - maybe it would even convince some teams to try new mechanism upgrades that they felt would not fit within the original weight budget?

It’s a trivial change to make that could ease stress on teams, stimulate new creativity even in a replay scenario, and put more money in supplier pockets.

Relaxing the weight limit a small amount would incentivize changes without harming gameplay. Again, many offseasons employ this +5 allowance knowing teams like to add or change mechanisms after the season is done and try them out at offseason events. It gives teams the wiggle room to work on such things without stressing over fitting into the original weight window. Lacking the allowance, teams are more likely to not spend money and time on the effort.

On the one hand, yes. On the other hand, it seems FIRST is right on the limit of what two people can lift safely. When the weight limit went up five pounds after off-board compressors were axed, bumper weight limits went down by the same amount.

Or bring out the big firepower, ditch the four CIMs for four NEO or Falcon 500 motors, and save somewhere north of seven pounds.

TL;DR a team can totally throw suppliers a bone and find room for mechanisms without a weight change. It just means optimizing more than they may be used to, but now they have time and insight they aren’t used to.

I assume for a lot of teams, the concern on changing things might less so be making weight and more so spending money they may or may not have on changes that may or may not come, particularly when we’re unsure when the next time we’re gonna see the robot is too.

I think both are a factor. I know my old team for example who does not yet have a climber is precariously close to the weight limit. I could see an increase in the limit encouraging them to tackle new elements that without that increase they may otherwise not.

Firing power cells into the inner goal from point blank range would make it extremely difficult for more than one robot to sore at a time. As such, I would argue that the alliance in this scenario wouldn’t necessarily be stronger than an alliance of 3 dedicated scoring robots.

More than one robot scoring at the exact same time wasn’t all that common anyway, and from what I remember when it did happen a decent bit more balls bounced out than if just one was scoring. If the extendo-bot was quick enough with it’s dumping, I don’t think it would limit a shooter that much.

I can’t think of anything I’d be less in favor of than changing the game piece, and I very sincerely believe that isn’t going to happen. Just because Team A has money, access to their shop and robot, and the support of their community to meet, doesn’t mean that will be close to the standard for Team B this year. A lot of teams will likely not be able to compete at all if the game element is redone. Change the rules, change some scoring, sure. Make the Control Panel not a complete waste. Redo the stickers on the walls. But don’t change the balls.

If they are looking into a ‘new’ ball it should be spec-wise fairly similar to the current ones. And if they find options that meet that standard, then they should beta test them to see if they aren’t design-breaking.

My ideal scenario using my idea to exchange the color wheel for a bonus ball chute(s), would be that the current balls would become the bonus balls, and they’d find a ball that is so close in spec to be directly be put in play but more robust. The bonus balls I’d make it so they don’t return to play (by penalizing returned ones and placing storage totes they go to until field reset), so they’d see less wear.

My point is maybe they could make a ball change, but only if it can go right into play now with current robots and we should test that out before the season.