Teams have been converting drills to be used for prototyping or testing motors for a long time.

We put together a quick video yesterday showing an example of the simple conversion process. Any 12v brushed drill will work to control FRC brushed motors (not Falcons or NEOs). 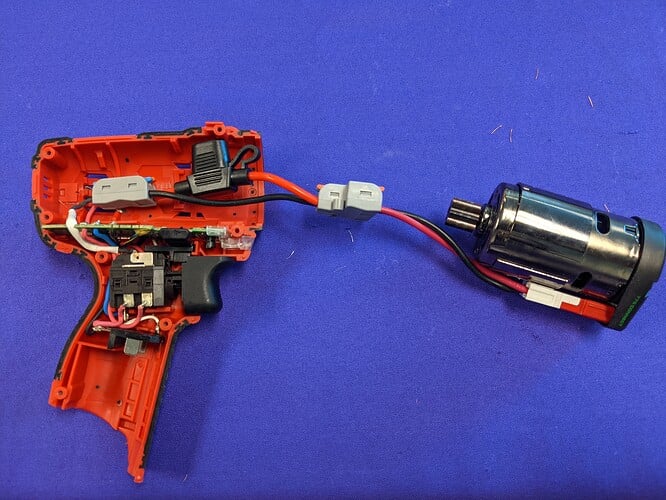 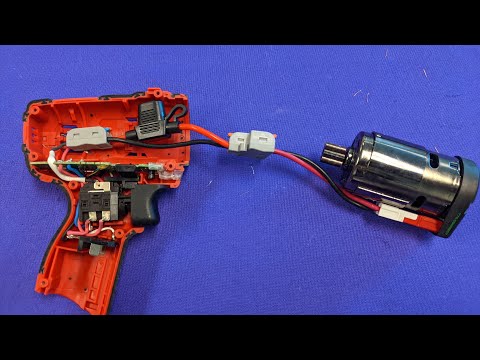 I love these; 449 has used similar devices for ages to easily run their brushed motors. A brushless version would be nice.

Ask and ye shall receive! I’ve done this twice now… See earlier in this thread for how -not- to do it

They are SUPER useful when you are using NEOs and NEO550s!!! Exactly the same testing functionality; forward, reverse, variable speed! 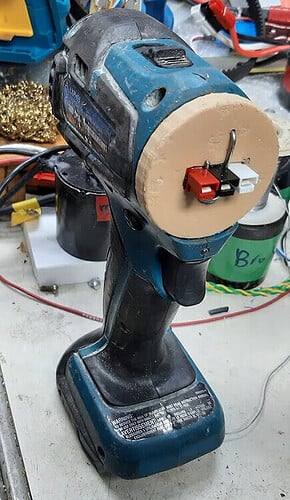 For those of you that want your -own- NEO testing drill: Buy a -brushless- drill or driver that matches your team’s batteries. Open it up. Figure out how to remove everything after the brushless motor. Dissect as needed to keep the supports for BOTH motor bearings!!! Note the dirty white bit to the right of the motor; that’s the input flange of the gearbox. Make sure you re-install it in the right orientation. [image] Solder wires directly to the motor leads. Note the two red Teflon in…

Here’s the “don’t do it this way” picture. You DON’T want to have a shaft hooked up to the high speed low torque drill motor. The kids will let the magic smoke out of it for sure. 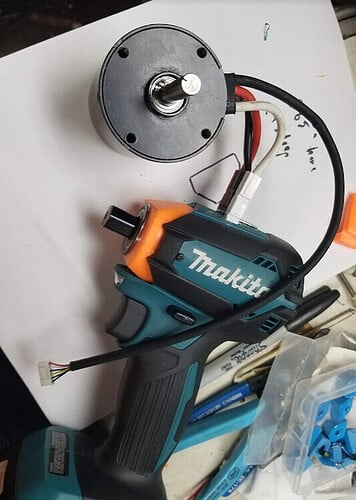 You DON’T want to have a shaft hooked up to the high speed low torque drill motor.

I concur. I’ve made about 5 brushed motor testers over the past few years using cheap harbor freight drills. They work great for 550 series motors (FTC and bag motors). For anything bigger you get a nice poof of the magic smoke.

Ask around to see if anyone you know happens to know of someone working in some sort of assembly plant. They may be able to get you some dead drills.

I used to work at a company with a large assembly plant where they used a lot of battery drills. I noticed a small pile of dead drills in one of the labs so I asked the guy who maintains the equipment used on the assembly line if I could have some. He gave me several and we were able to make controllers for the brushed motors out of them.

@philso has a couple od good points!
“Dead” brushed and brushless drills are a great starter part! You are going to throw away all the gearbox and chuck stuff!
Power wise, I haven’t tried CIMs on brushed motor testers. NEO and NEO550 work great on brushless testers. Both of the brushless testers I’ve built came with 40 Amp fuses built in.
Please DON’T plug a SparkMax into the output of one of these testers…

These sorts of testers work just fine for CIM motors as well - we’ve definitely used them that way before. The best had to be 2013, where we used it to manually drive our winch (CIM) motor during testing.

One important note - if you use this to power something on the robot, make absolutely sure you plug it in to the right side of the connection! The wrong wide will absolutely wreck your motor controller and even your PDP.

We put together a video on how to build a brushed motor controller a few years back: 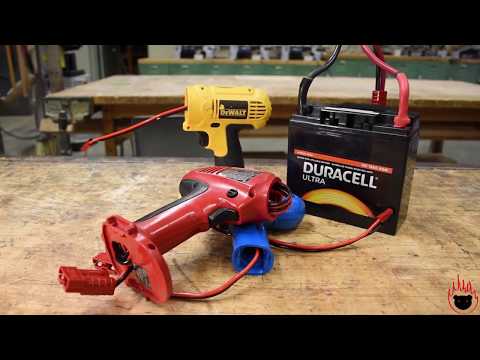 Hey, this thread gives me a nice place to show off my Makita LXT brushed motor adaptation I just finished over the weekend (yes, 12v would be better but I’m an 18v guy)! 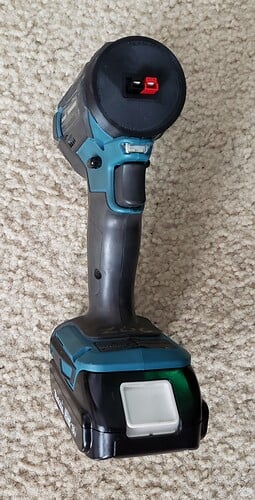 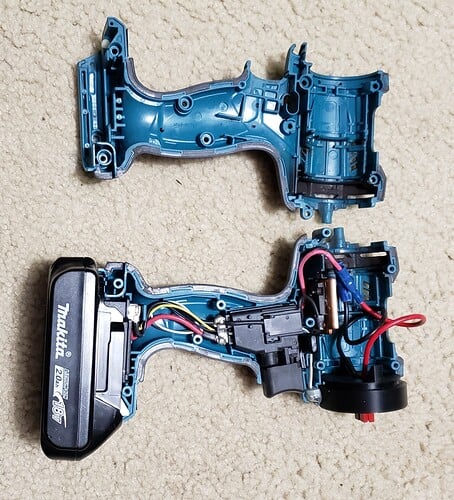 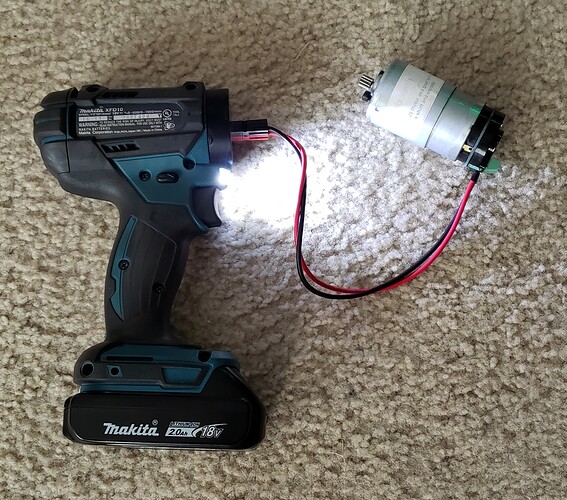 For the APP connectors, it’s sized for a pretty solid friction fit once you trim the protruding dovetails off - I added a little epoxy on the back as insurance.

Nice work there! A sneaky thing is to slip some heavy wire or a screw through the hole between the Andersons and then glue it in place. Plus, glue/screw the bulkhead into one side of the drill… My kiddos managed to tear out the connectors on version 1.

2-56 screw and a HSI is my go-to for mounting Anderson PPs in plastic things.

The Onshape design has a suppressed feature to use a 1" or so roll pin to secure it but it’s a little close to the surface and causes the material to distend some when inserted so I dropped it.

If the APP connector was counter sunk a little, that would probably work pretty well.