We have been setting up our electrical system today and one of our guys just came up with the idea of securing the battery connector to the battery itself (via velcro) in order to help stabilize the connection to the breaker switch and pdp.

I was wondering if this was legal for competition and if there are any related rules/regulations that we should be aware of.

Here I have provided some pictures of the battery itself and the battery connected to the robot. 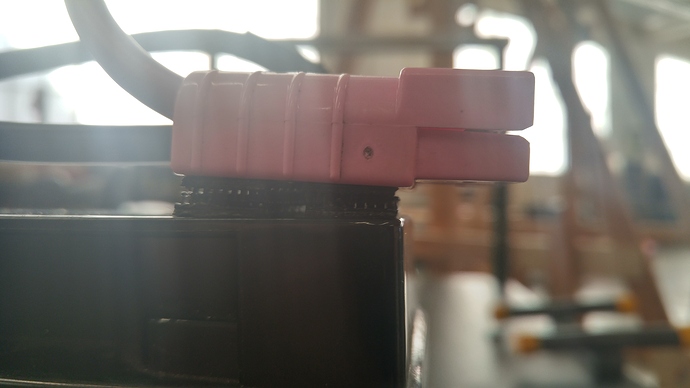 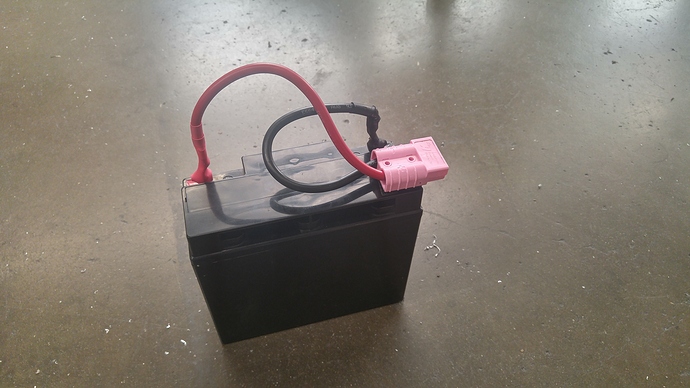 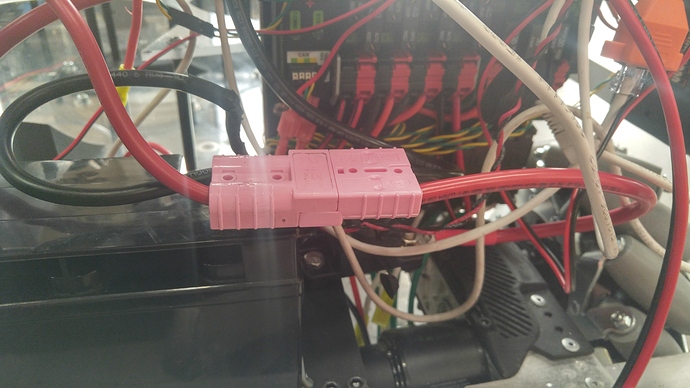 ROBOT battery and its associated half of the Anderson cable quick connect/disconnect pair
(including no more than 12 in. (~30 cm) of cable per leg, the associated cable lugs,
connecting bolts, and insulation)

The velcro is not part of a battery assembly per R5-B, so it’s not exempt from the weight limit. Because of that switching it out every match as you switch the batteries may be problematic if you have a strict LRI. I can’t think of any other legality issues though

I would personally secure the cable to the robot and not the battery to avoid any potential rule issues, but it’s a good idea otherwise.

Many teams will mount the plug connected to the PDB/breaker rigidly to the robot. I think that will get you the same effect.

Another concern I have is the negative lead coming off the battery is bent at a very sharp angle. This can lead to broken wire strands.

To echo @bobbysq and @vanjan14, A standoff of some kind coming off your frame (or whatever part is easily accessible) to mount the robot end of the connector, But also maybe finding a place that both of your leads avoid any intense bending to keep up your connection reliably.