Would a tank drive be good for the 2020 FRC game?
AndyMark Belt

Would it work? Probably. But it’s definitely not the best option, a six or eight wheel normal drivetrain would be easier to make and perform better. The berms on the field are not big enough to require tank treads and even with big obstacles like in 2016 normal drivetrains with a lot of wheels performed better. I would recommend an eight wheel drive with 6in wheels but six wheel drive will also work.

It would largely depend on your strategy, but I would imagine for most strategies the answer is no.

There are a few advantages to a tread drive. One is that you can go over obstacles more easily. The other is you have a significant amount of traction.

The disadvantage is the maintenance, and the lack of maneuverability.

Most teams didn’t seem to have too many problems going over the berms using wheels. Some used pneumatic wheels so they can go over faster, but most robots could make it over. I think the stock AM14U can go over them without too much issue. For this reason, I don’t think tread drive would be necessary for field obstacles.

Now. If your strategy was to shoot from outside of the safe zones, then maybe you could make an argument that the treads (and appropriate gearboxes) make it so opponents can’t as easily push you and mess up your shot. That said, many top teams trying to do this just decided to shoot in rapid succession, so that teams couldn’t easily block them.

In short, I don’t see treads as an advantage for most game strategies, but it’s possible you would value the field traction more than maneuverability, and decide it fits your team’s strategy.

I can confirm that the stock AM14U can go over the berms with no problem. It does get bounced around a bit, but it will make it over.

a six or eight wheel normal drivetrain would be easier to make and perform better.

If you look through some match videos for the two weeks there was competition in 2020, you can confirm that 6 and 8 wheel “west coast” drive systems were very much in the majority, with some swerve drives and very few tread drives.

We used 6 5" Colson (solid) wheels and while it was a bit bumpy blasting over the obstacles it was never a problem (as always, keeping your CG low is vital.)

the stock AM14U can go over them without too much issue

Can confirm, I’ve only gotten beached when there was a power cell right behind the bar and going too fast, but it was avoidable by slowing down when hitting the berm.

Having done treads in 2019, I can tell you it’s probably not the best choice.

If you’re trying to buy a drivetrain from AM, just go with KOP

From what I remember, Team Tators 2122 were the fastest bot over the berms at the Utah Regional. They have a 6WD using 8in pneumatic tires. The way they went over the berms made it look like they were just stickers on the field, rather than an actual bump. 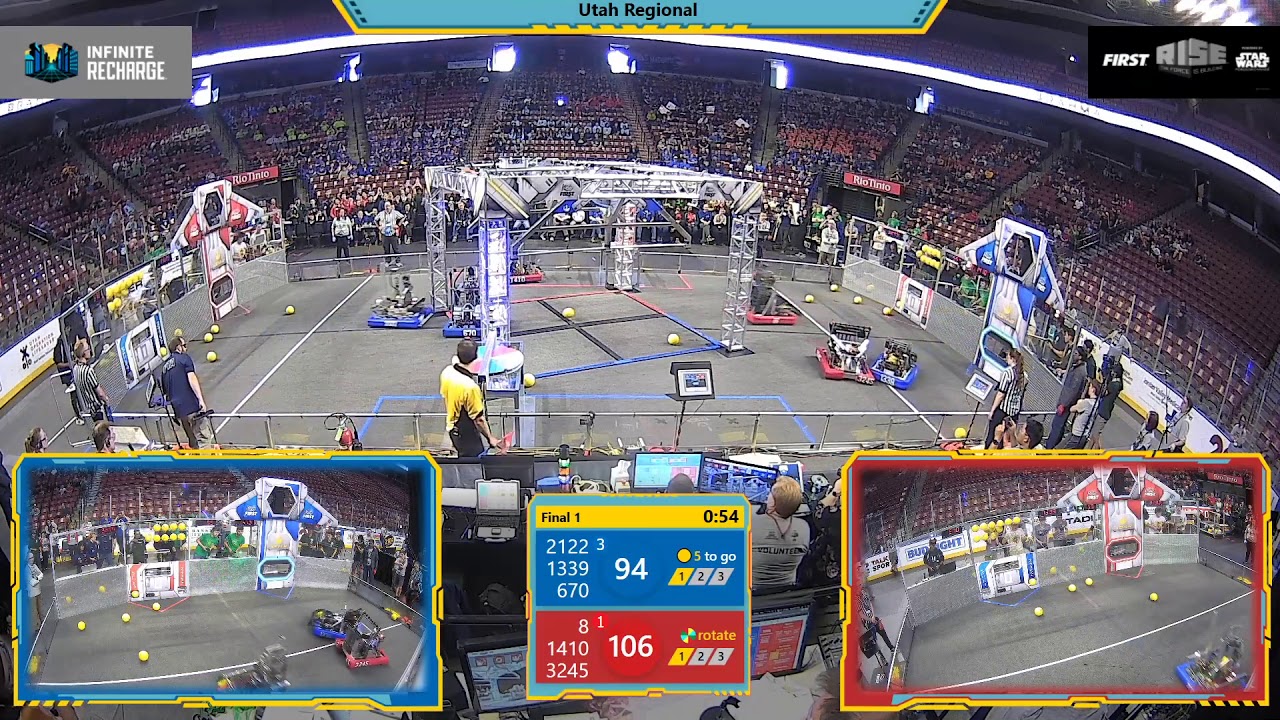 Thank you for sending me this