So I wanted to make a ratcheting winch design to pull down an elevator arm that is under constant strain so that our robot can be lifted. I plan on using 2 spools of thread and 2 winches and require it to be able to move about 150lb. I thought of a 2 stage dog shifting gear with a paul and gear so that It does not back drive unless the piston deploys and lets it spring back up (constant force springs), but I am looking at a smaller form factor. I would rather not use a bulky gearbox. Thanks in advance!

You should check out 118 in 2018. The way they mount their gearbox is spool inspired me when I was designing my team’s climber. You can check out their CAD here thanks to Spectrum’s CAD collection. 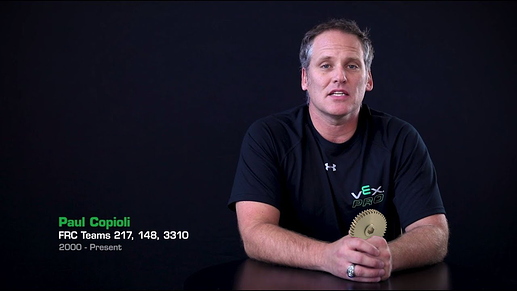 The current Everybot design has features that you may be able to emulate. You can do a search of this forum and find the relevant thread quite easily. They have posted quite extensive documentation for their design that you may find helpful.

If you’re using a Versaplanetary gearbox, you can add one of their ratchet stages. And just adding a pass-through style 1/2" ratchet wrench on some of your hex shaft is about as easy as it gets. In 2017, 3946 had the drum shaft extend about an inch past the bearing on one end to the inside of a piece of 2"x1" channel. Just put the wrench on the shaft and put a Velcro strap around the channel (held in place with a rivet IIRC) to keep it from falling out. Be sure to label which side of the wrench should be facing out if you do this!

Team 1108 used a ratcheting winch in 2017 at Rocket City and now I have a precautionary (but sad) tale to tell you all regarding it.

We had gone 5-5 during quals and hence we were ‘on the bubble’ to be picked or not but throughout the season both in KC and in Rocket City we had a commendable climb percentage…not 100 but really good.

Alliance selection saw us not picked in the first pass, saw the picking return, then we we lucky enough to be picked (last) by the number one alliance, headed by Robotz Garage 4451. Amazing guys. If you’re reading, thanks we love you guys.

Our alliance lost the first QF match by 22 points, so when the second QF match came up, it was important.

Close score, all three red robots need to climb to tie the score and keep us alive. 1108’s bot, “Amelia” takes off up the rope and gets to the top, to light! Then for the first time ever, before the match has ended, she starts to slide back down the rope backdriving the motor. The ratchet has slipped unintentionally from up to down. We can’t climb back up against it. Our season is over. We’ve lost it for our alliance.

If you want to watch, here it is. Still really painful.

I’m the guy that bought that Chinese box-end ratchet wrench. I’m the guy that said 'we need a ratchet on the climber" and plucked it from the tool box and handed it to the lead builder to be installed on the 'bot.

The moral of the story? We went to off-season events with a USA-made box-end ratchet on the climber and never had that problem again.

I just ordered a cam cleat, it’s something they use on boats…wonder if it will work ok on a robot?

We are retrofitting a Neo motor onto something similar to this that we bought for our winch this year. It has worked very well in our prototypes so far.

2016, 2017 and this year we opted for bicycles one way cranks, they’re easy to incorporate into the design, and to release it we simply use a cain bolted to the chassis, on the way it holds the stress’ and on the other side a magnet for ease rleave of the mechanism

But it’s so strong…

Also, our robot’s superstructure is mostly lexan and 1/16" wall tubing so we have the extra weight to spare. The winch is mounted very close to the bottom of the robot as well, so it will help keep a low center of mass.